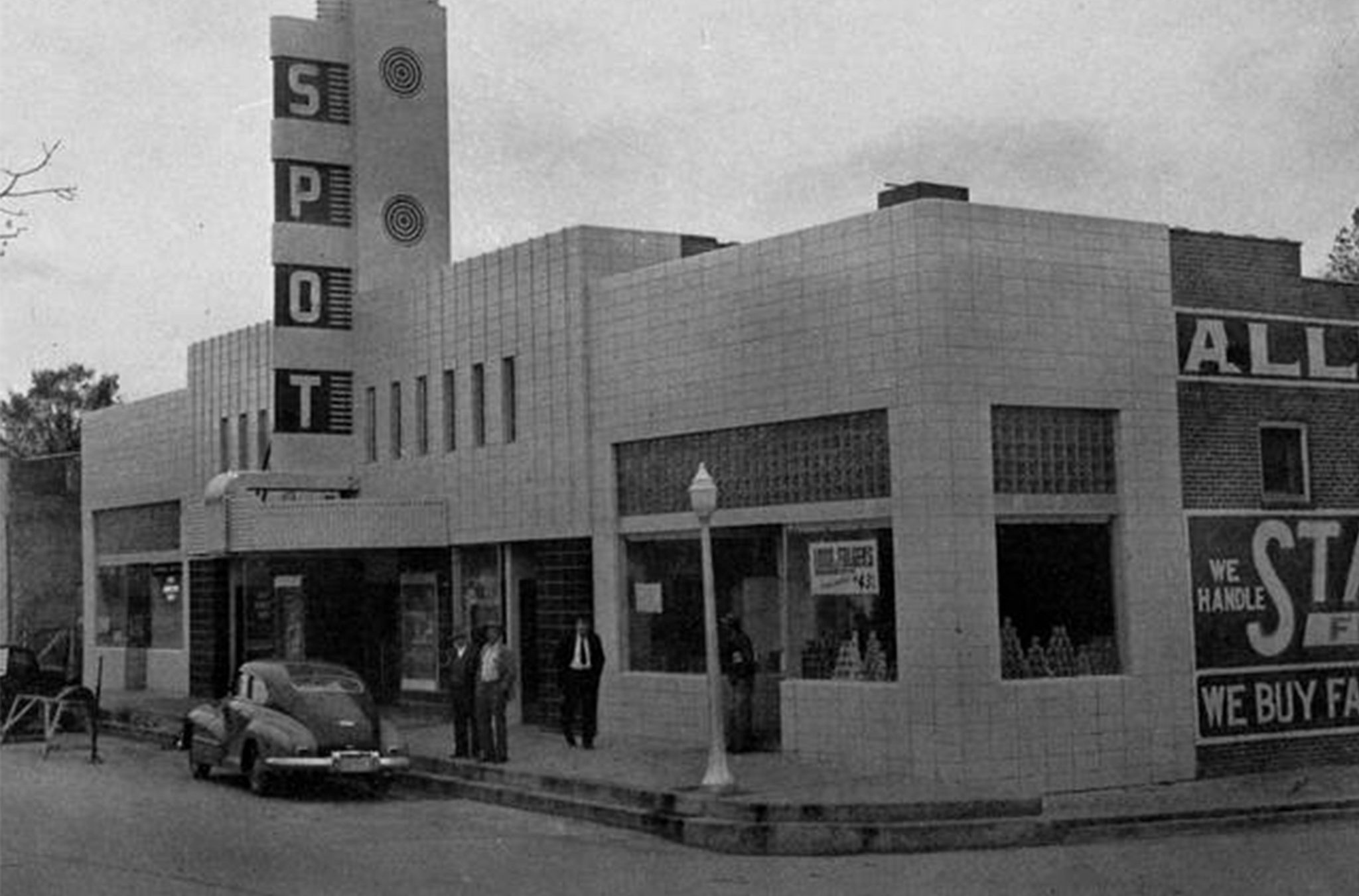 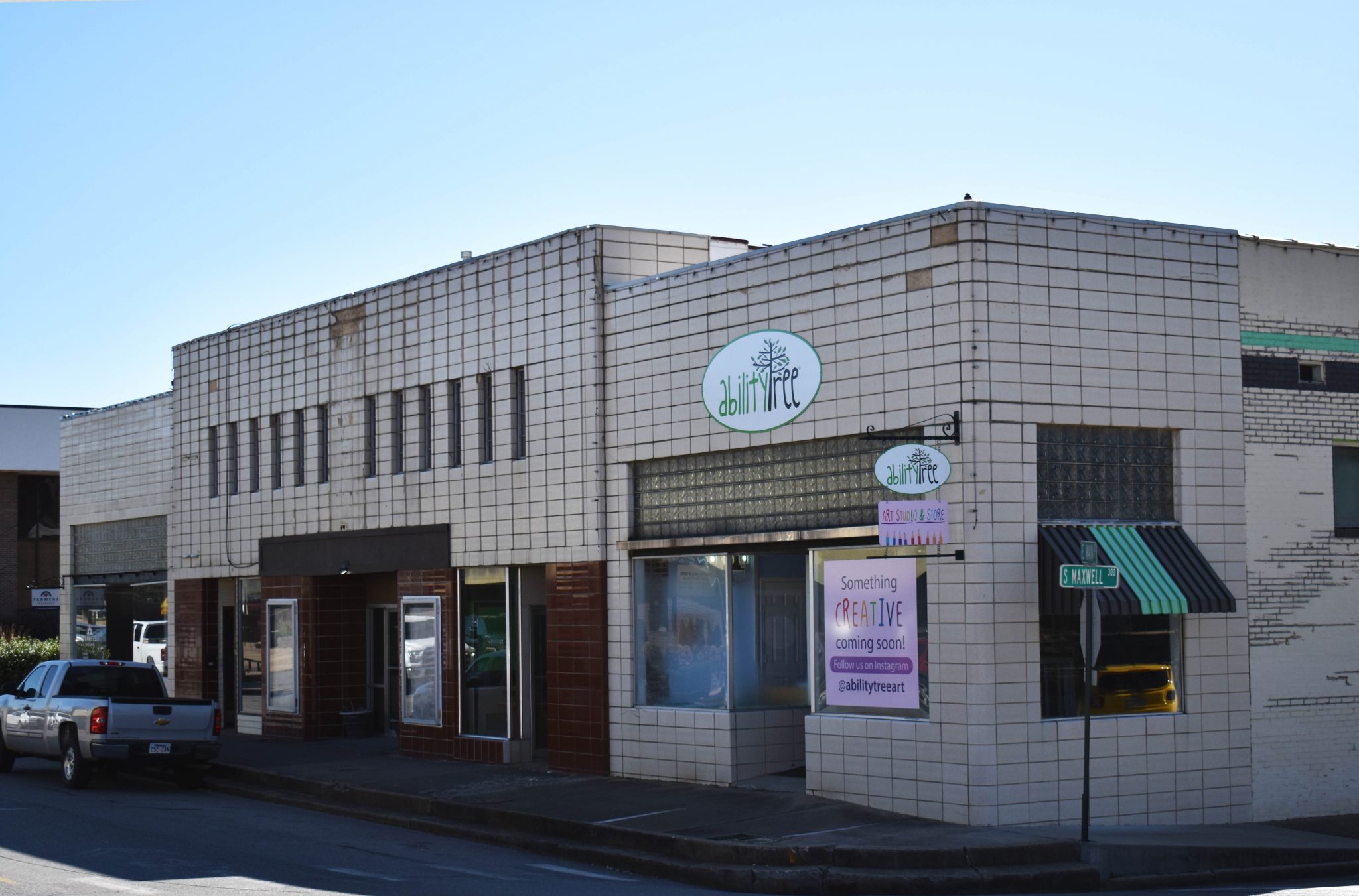 Constructed in 1943, the Spot Theatre was built by Mr. and Mrs. Van Eagan after a fire destroyed the previous structure on site. The building is a one and one-half story Art Deco commercial theatre arrayed in red and white structural tile. The building served Siloam Springs as a movie theatre from 1946 to around 1982.

The structure is composed of three separate recessed storefronts, with the double-leaf theatre entrance in the center and two beveled storefront entrances on either side, each with two display windows. The storefronts are decorated entirely with red structural tiling.  The upper story is solely white tiling and displays twelve narrow one-over-four windows. Originally, the structure possessed a large marquee sign which read “SPOT” surrounded by neon bands. The marquee sign was present in the early 1980s but has since been removed from the structure. A 1944 photograph shows the sign just one year after it was erected.

In 2015, the Spot Theatre received a $22,589 grant from Main Street Arkansas to remove a slipcover and expose the original façade. The building is currently vacant but remains a contributing structure to the historic district.