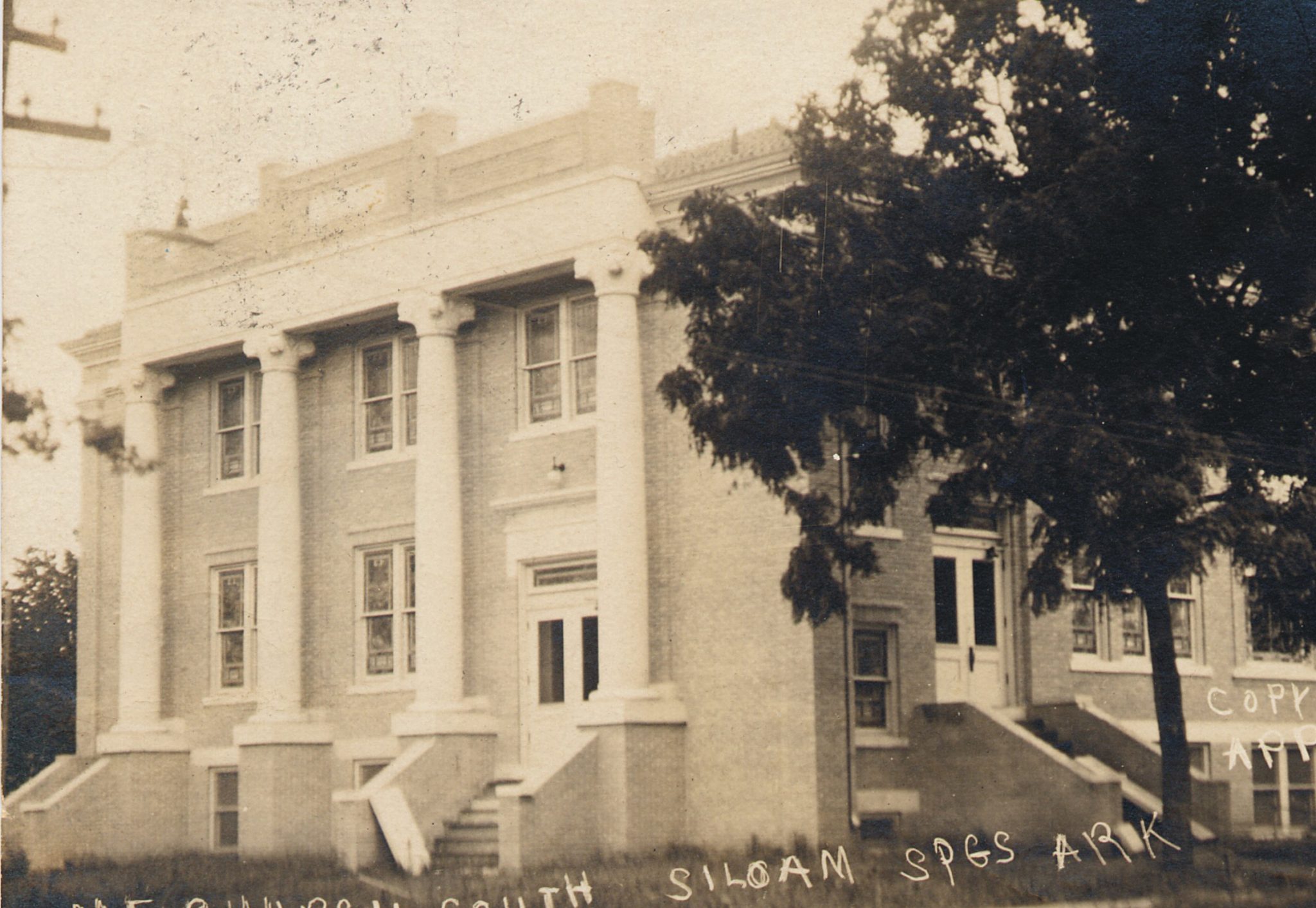 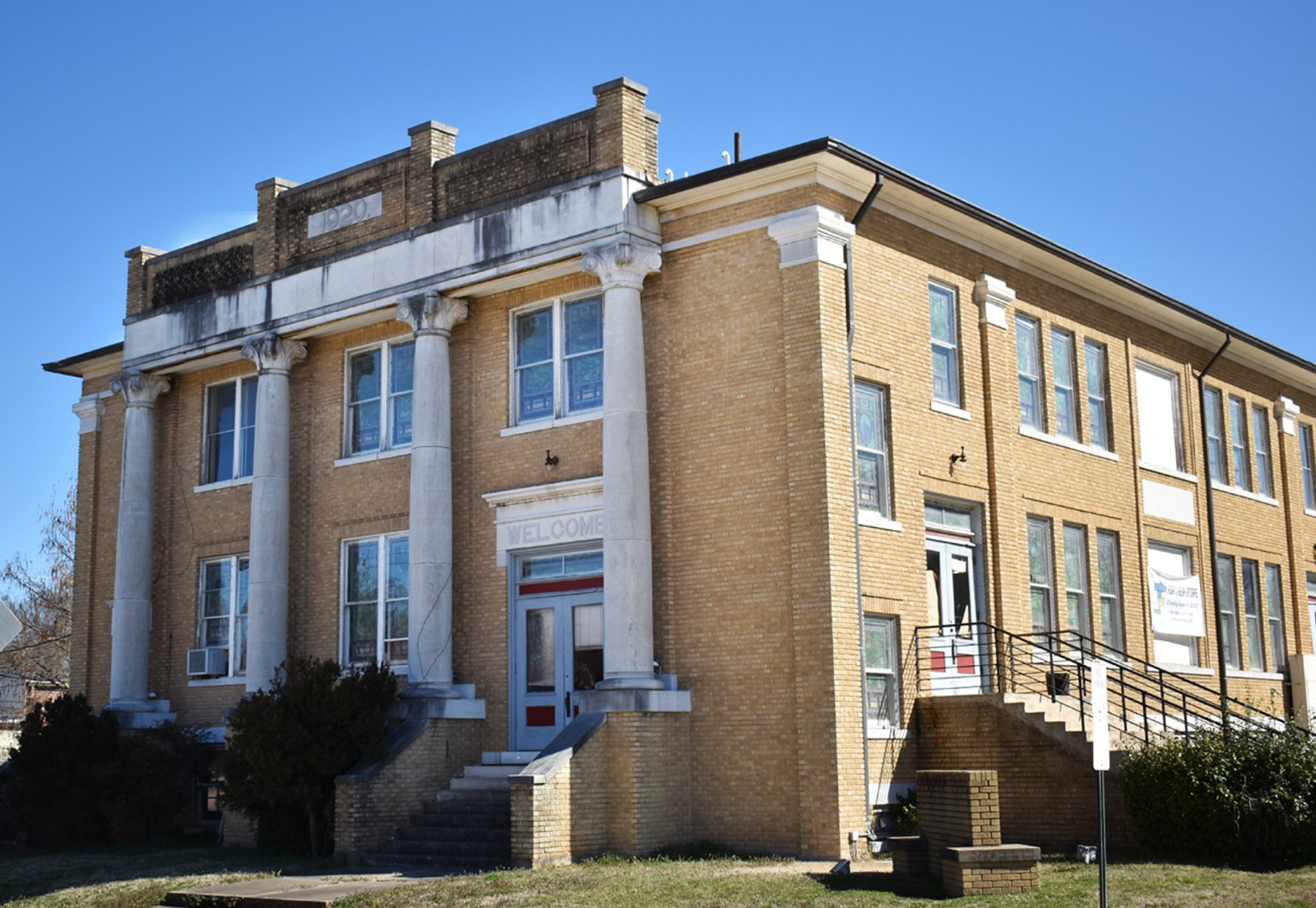 Built in 1920 by Allen Construction Company, this two-story brick masonry church, rectangular in plan with Greek Revival influences, first served Siloam Springs as the Methodist Episcopal Church. In 1938, it became the First United Methodist Church after the Methodist Episcopal southern and northern congregations united. For a time, it housed the Sager Creek Arts Center.

The structure is composed of blonde brick, rests on a continuous concrete foundation and is covered by a low-pitched roof set behind a raised parapet. There is one interior brick chimney. The western elevation is distinguished by four large, full-height columns with a decorative cornice supporting the pediment, reading, “1920.”. The columns are a variant of the Ionic order with large volutes. Doric order brick pilasters with cast concrete capitals extend across both the western and southern elevations.

There are two entrances on the western elevation; one is single-leaf, the other is a double-leaf, both are topped with a simple entablature enframement. There are two double-leaf entrances on the southern elevation, and these are lit by stained glass transoms. Access to all four entrances is allowed by cast concrete steps. Possibly the building’s most iconic feature, apart from the full-height columns, is the ornate multi-pane stained glass windows across both the western and southern elevations.

The eastern additions of the First United Methodist Church do not affect the overall integrity of the early 20th century classical revival structure. This building is contributing to the historic district and remains a significant exemplar of the later period of classical revival architecture in Siloam Springs.