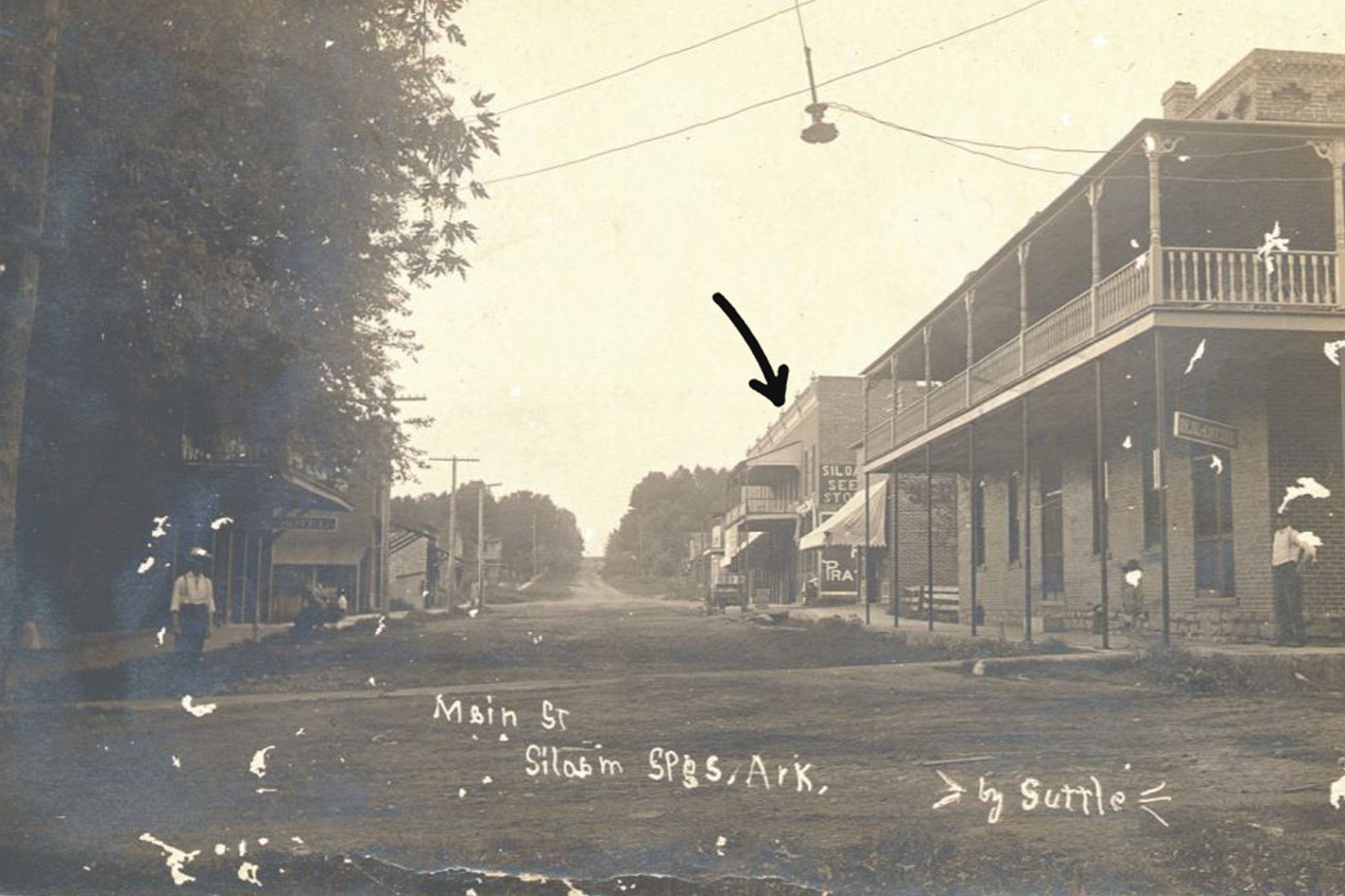 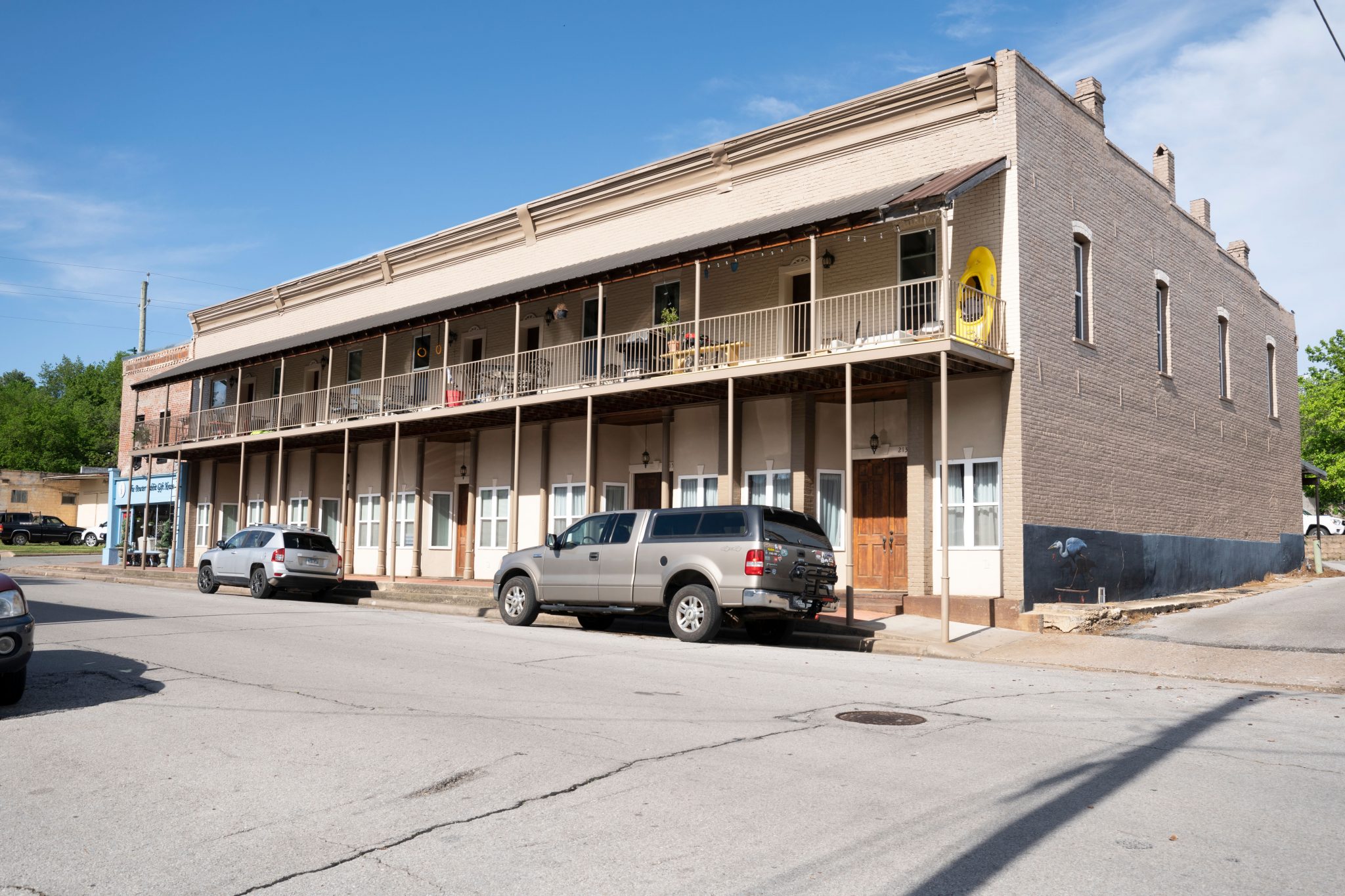 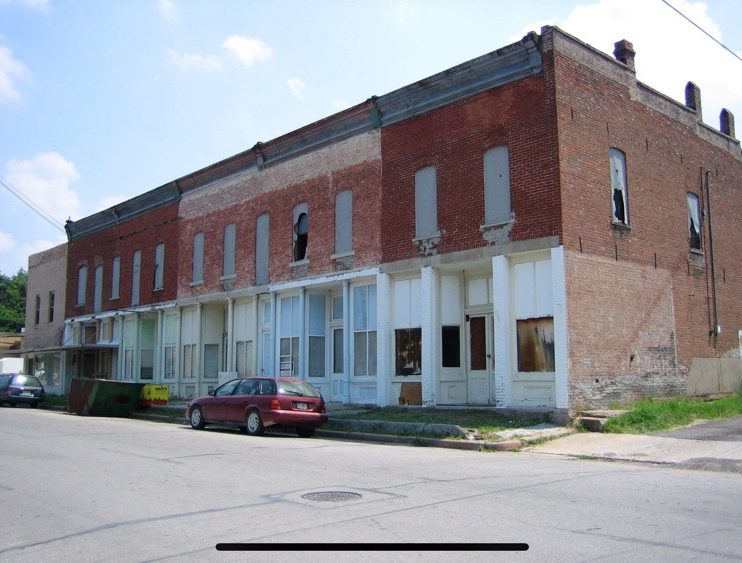 The Felts Building was constructed before 1897 as a two-story brick masonry building on stone foundations. It is composed of five separate storefronts facing N. Wright and upper story residential apartments above with second story balcony entrances interspersed in the rear. In 1897, the building housed three grocers, a feed and seed store—Siloam Seed Store—and a dry goods store at the storefront level. In 1908, it housed two grocers, a dry goods store, an undertaker, and a racket store—similar to a country store or, later, a five-and-dime store. By 1948, the northern storefronts were used as a hatchery. The outline of two ghost signs can be seen on the southern elevation, once reading “Siloam Seed Store” and the business name of one of the other tenants. Around c. 2007, the building was converted into five separate townhouses.

Originally, the storefronts were each supported by two cast iron columns, save one, and composed of a double-leaf recessed entrance bordered by two tall two-over-two display windows on both sides, wooden bulkheads, and lighted by two-pane door transoms. The upper story was composed of two windows on stone sills and crowned with arched brick hoods. There were three entrances to the upper story balcony facing N. Wright and a decorative metal cornice extended across all five facades.

The storefronts were significantly altered around 2007, the windows shrinking, the doors altered for first floor residential privacy, and the masonry on the first floor covered with plaster. Additionally, the brick  and cornice were painted. Despite these alterations, the building is considered contributing to the historic district.