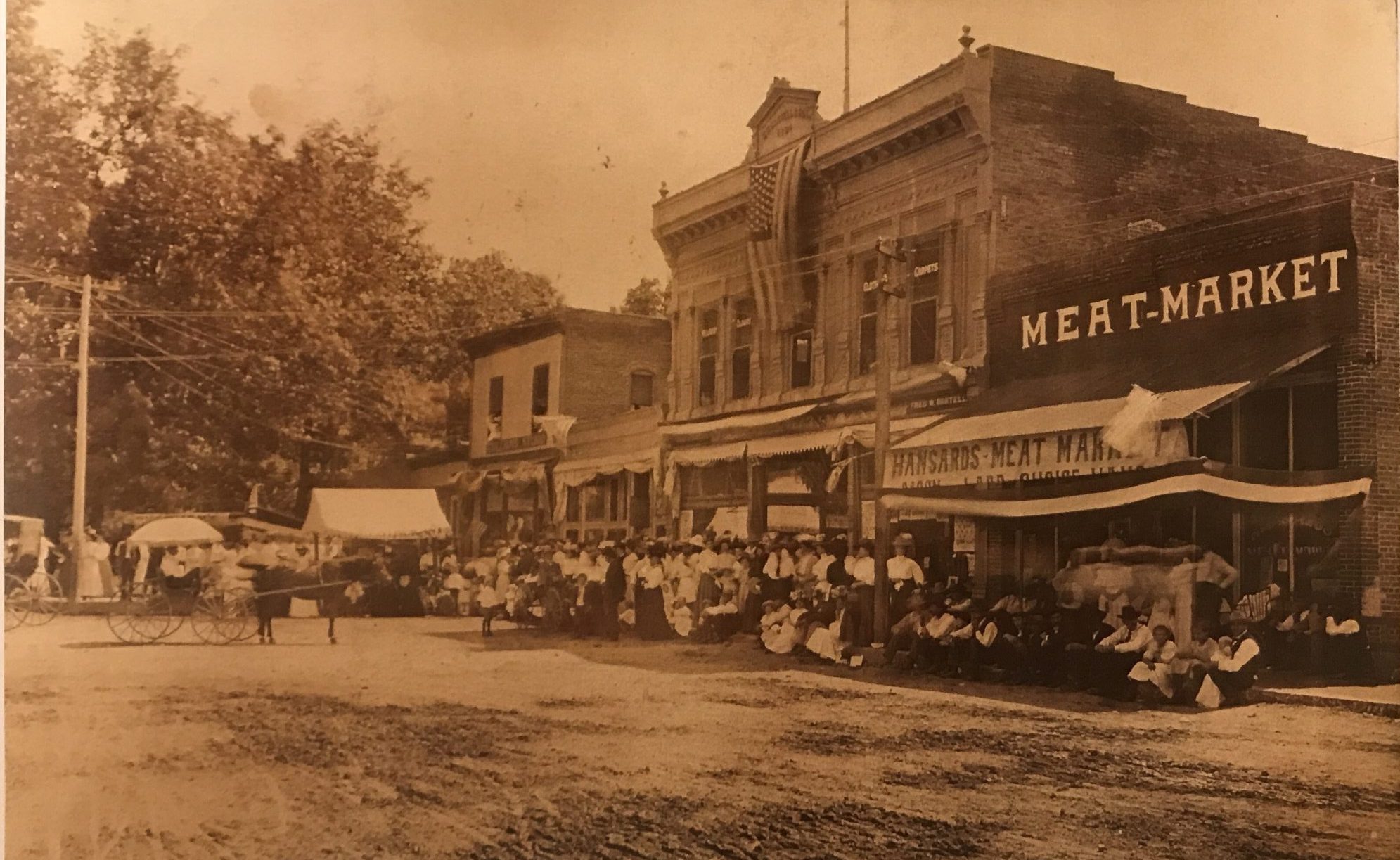 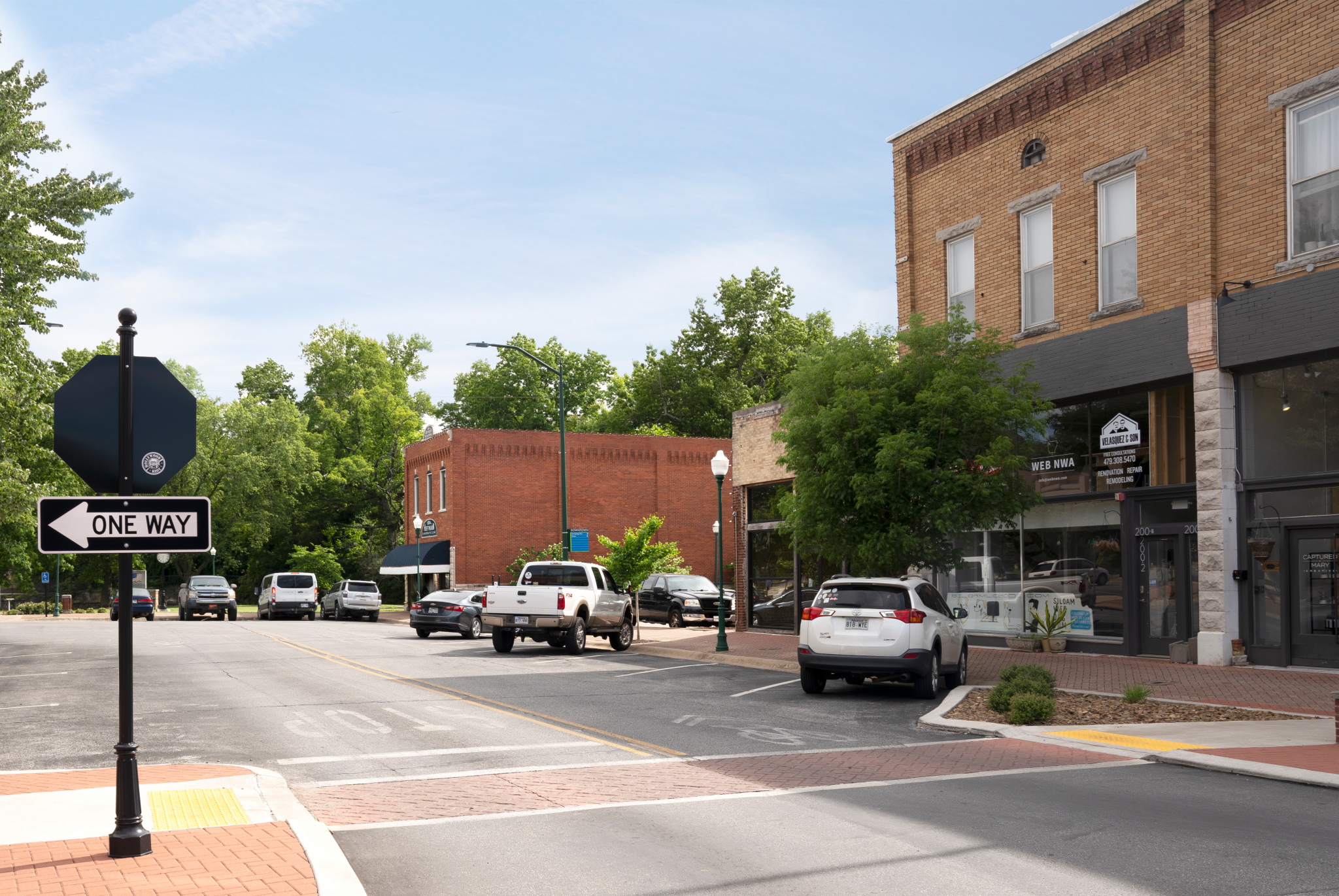 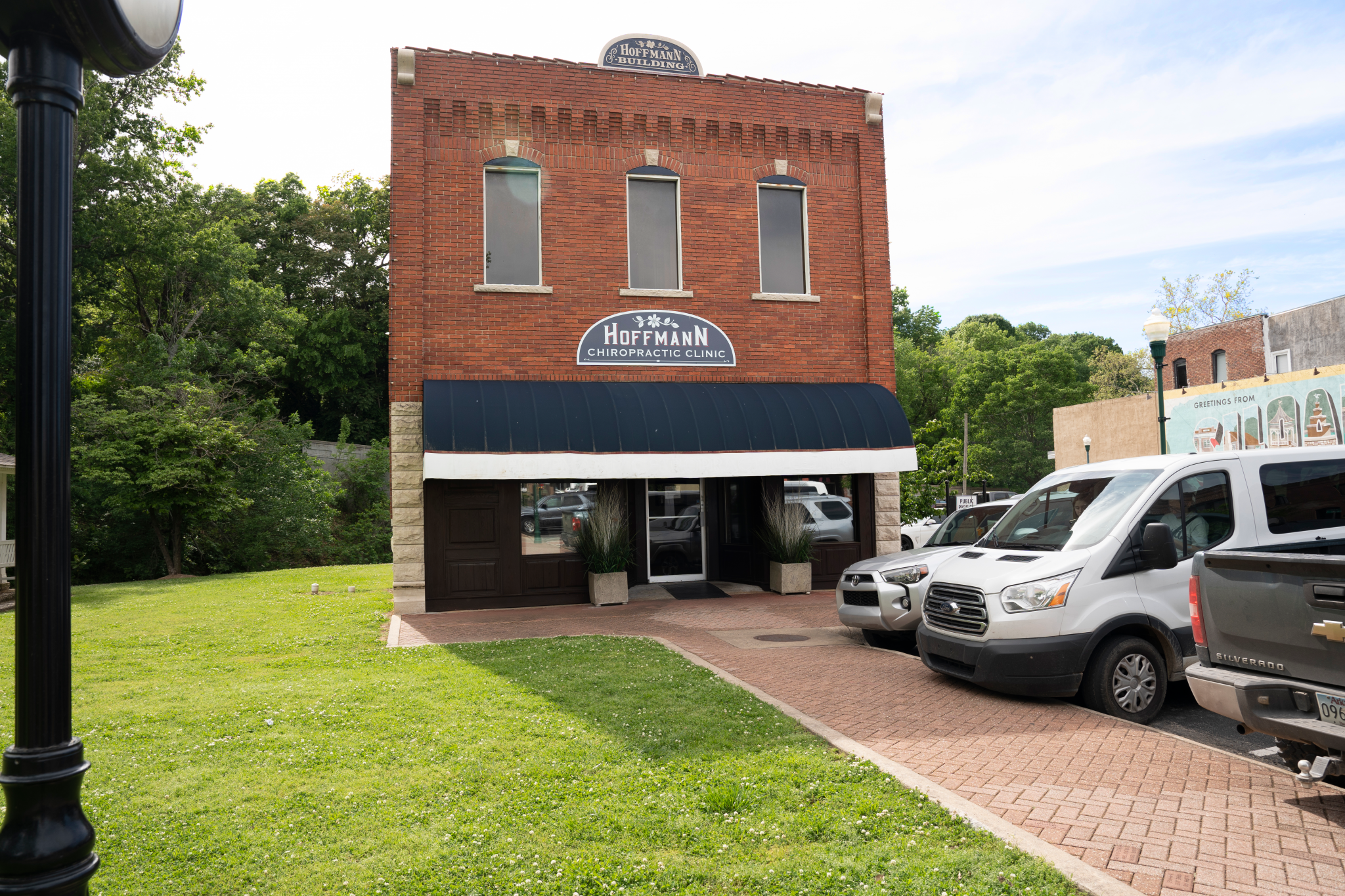 The Hoffman building was constructed in 1989 and houses Hoffman Chiropractic. It is a sympathetic semi-reconstruction of the original structure that was built in the late 19th century, one of the original brick structures of Siloam Springs. The 19th century building possibly suffered both fire and flood. It is unclear how many times structures have been rebuilt here. The building on site at the time of the June 8, 1978 flood was subsequently demolished due to damage. It is not clear when the original 19th structure was damaged.

Initially there were at least five structures south of this building along the creek, further into Twin Springs Park. For a time, the land the park resides on was known as the Isle of Patmos, concurrent with the major downtown roadways being named after saints. The buildings along the creek were most likely destroyed during floods. Likewise, there were two buildings just north of the Hoffman structure where a parking lot sits today. Historically, the most notable of these buildings housed Bartell’s Right Place, a dry goods store owned by Ed and Fred Bartell.

The Hoffman building of the 20th century is a two-story brick masonry structure with rusticated stone piers at the storefront level which rise to brick piers on the upper story. It is crowned by a pediment which reads “Hoffman 1989” resting on the parapet decorated with brick corbelling. The upper story is composed of three symmetrical single-pane windows resting on rusticated sills and framed by brick arches with keystones. Additionally, there are two cast concrete, or stone, brackets bordering the parapet. The storefront is composed of wood and structured by a recessed entryway with stationary display windows and bulkheads. The storefront is mostly covered by a quarter round awning.

Since the original structure was demolished and the current structure falls outside of the Siloam Springs Historic Commercial District period of significance, it is considered non-contributing to the historic district.