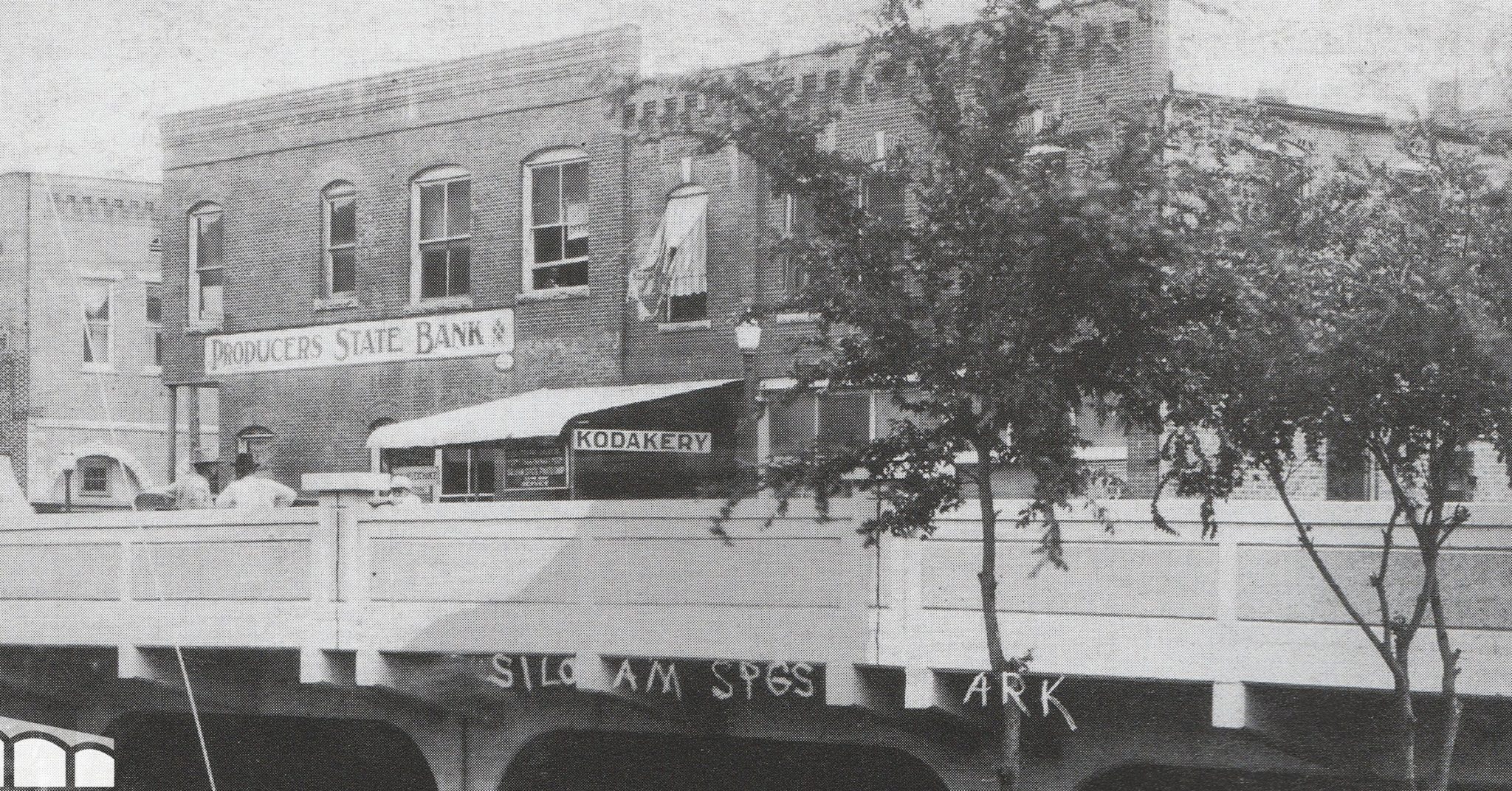 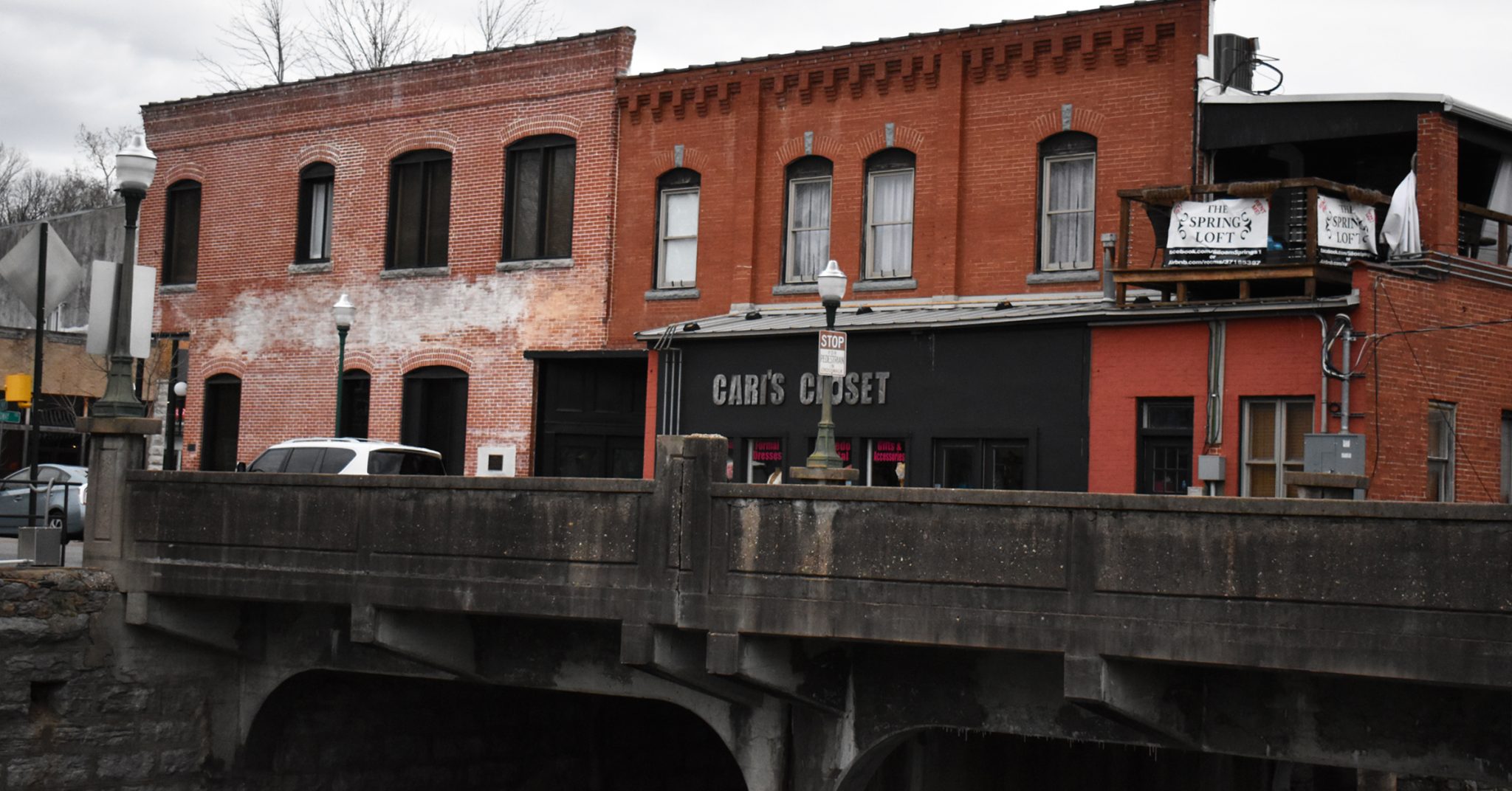 The Emanuelson building was constructed around 1905 by E.K. Harkness, first serving Siloam Springs as a jewelry store. It later became Producers State Bank and, shortly following, the Bank of Commerce and the upstairs home to the 10,000 Club—the forerunner of the Siloam Springs Chamber of Commerce. At one point, the building was used by John E. Brown’s publishing company and was later Curley’s Café. The building benefited greatly from the construction of the East Main bridge in 1925. Currently the building is home to Dickinson Law.

The structure has experienced minor alterations over the decades. It was originally constructed as a two-story brick masonry commercial structure with two interior brick chimneys, resting on a stone foundation and covered by a flat, built-up tar roof set behind a raised parapet. The western elevation storefront is composed of a corner entrance supported by a cast iron column with double-leaf doors, two-pane display window lighted by a four-pane transom. The upper story is lighted by two one-over-one windows set in arched brick hoods and rusticated stone sills. The southern storefront elevation is composed of a recessed entrance made of wooden panels, a single-story brick masonry extension with a sloped metal roof. This elevation’s upper story is composed of one-over-one double-hung windows decorated by brick arches with rusticated keystones sitting on rusticated sills. The 1905 structure is crowned with a decorative brick cornice and the eastern building is crowned with decorative brick corbelling.

The building just east, which houses Cari’s Closet and upper story residences, was constructed around 1920. Today, the buildings appear as one structure due to the construction of a storefront set halfway in both. The 1920s structure could’ve been intended as an expansion of the 1905 structure; there appears to be an opening on the interior wall between the two on the 1922 Sanborn map. Despite these alterations to the eastern structure, the building is considered contributing on the National Register.