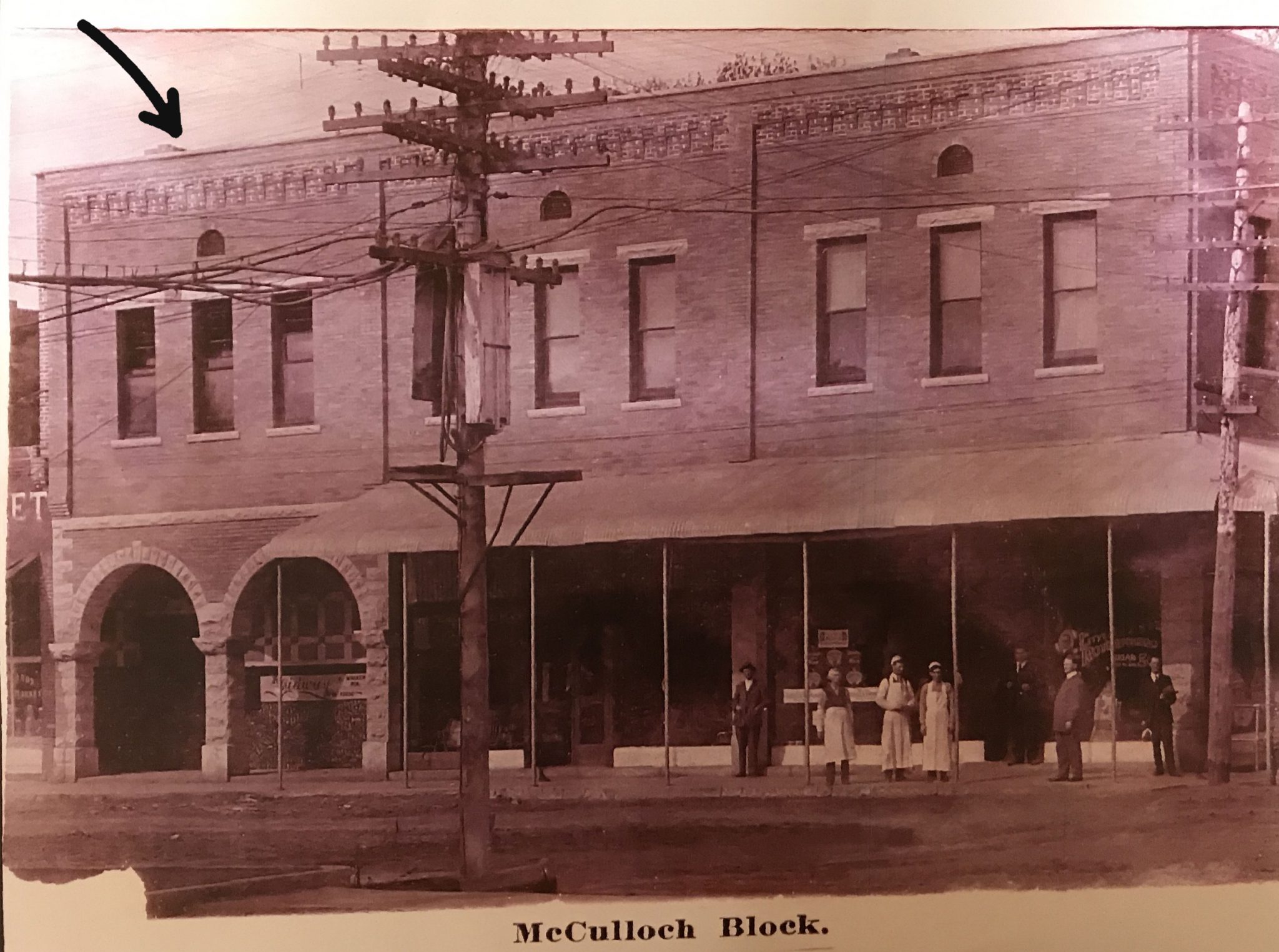 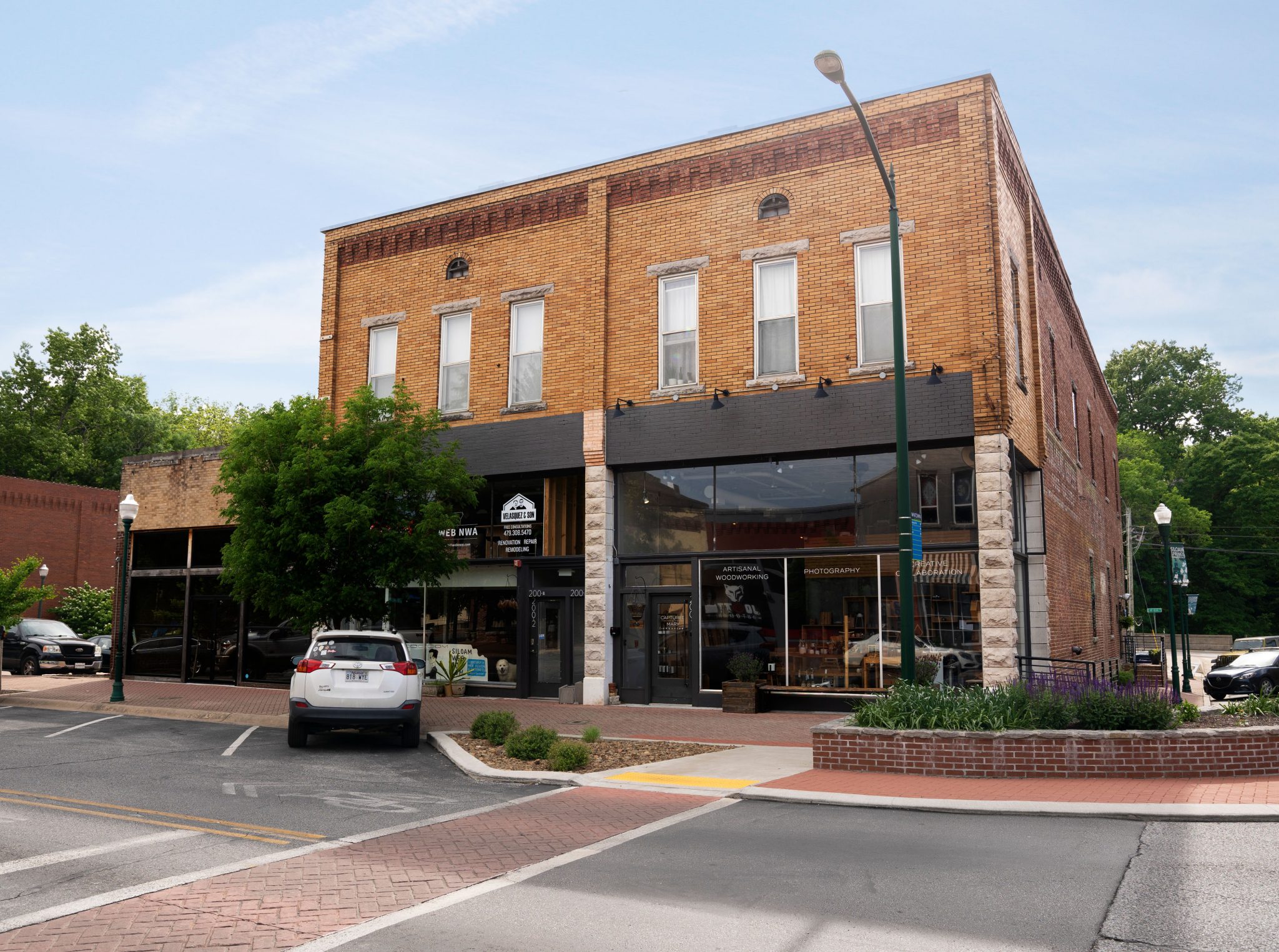 The Rialto Theater building was constructed in the second half of the 20th century. The first known photograph is dated around 1963 and displays a completely different building than the original brick masonry structure that finished out the McCulloch block of 1910. Over the decades, the buildings that have occupied this site have experienced myriad trials and show little resemblance to their predecessors.

Formerly, the original two-story structure was part of the McCulloch block and deviated from its neighbors only by the two rusticated stone archways which covered the storefront. Similar archways appear on the First Bank building at 109 E. University. The Rialto Theater building was crowned with the same decorative corbelling and had three double-hung upper story windows outlined with rusticated sills and lintels. In 1915, the building served as the Midway Theater; the first movie theater in Siloam Springs. Following, it became the Rialto Theater, which burned on March 3rd, 1948. Very little of this premier structure was left behind. Possible elements of the old theater are observed in the existing building, such as the sloped floors and a portion of the rear wall.

In the second half of the 20th century, a new two-story building was erected on the same site. This is the structure visible in the 1963 photograph. It follows the general rhythm of the two northern McCulloch buildings but deviates in style to take on mid-century modern architectural elements popular to the era, such as: the street-facing façade covered in what appears to be stucco, hidden transom windows, restructured upper story windows, the loss of a decorative parapet, and a storefront composed of green tiles with a recessed entrance. For a number of years, the building housed Reason’s Cut Rate Drugs.

The single-story building we see today, with large storefront display and transom windows, is the same drug store after losing a floor following the 1960s. It is indiscernible when exactly the building lost its second story due to lack of historic evidence. The building became vacant in the last ten years when T.C. Screen Printing moved locations to the Millsap building on East Main.