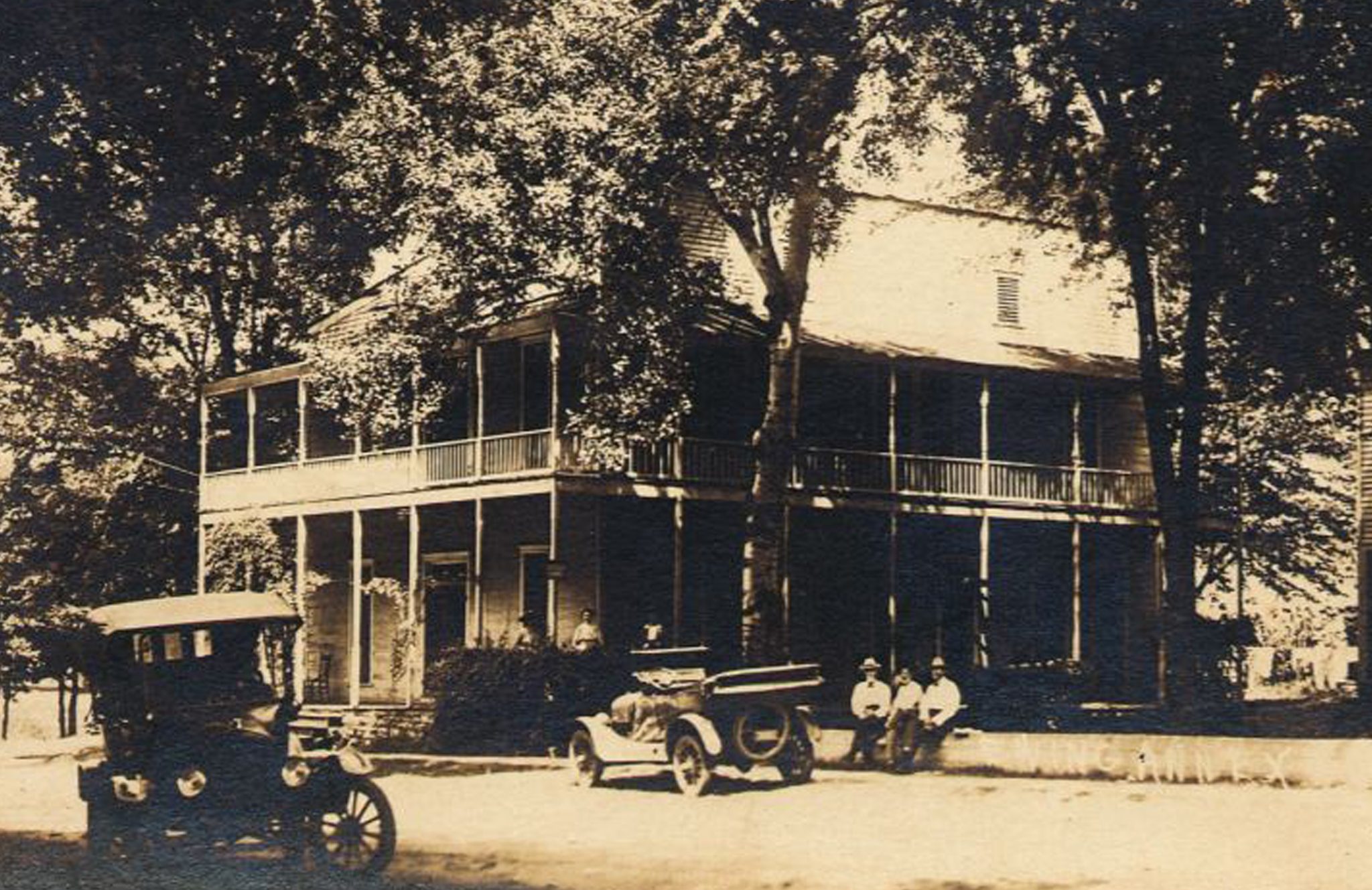 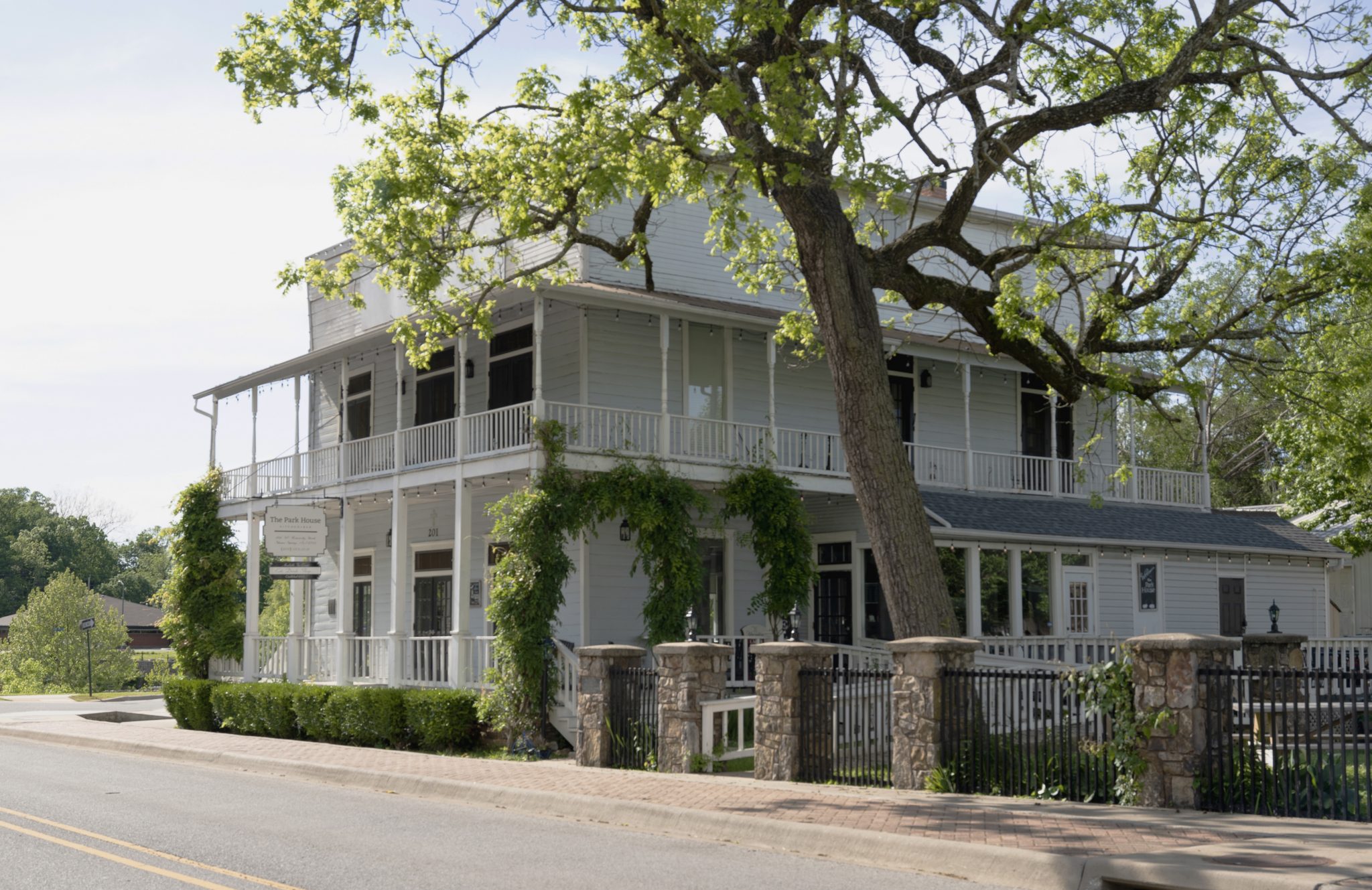 Constructed in c. 1880, the Ewing House was built by John M. Ewing and was known as the Park Hotel for over fifty years. It is a two-story frame constructed building covered by a flat roof and rests on a continuous stone foundation. It boasts of an L-shaped wrap around balcony supported by wooden columns, covering the eastern and southern elevations. Many of the chimneys have been removed, windows and doors have been replaced, and much of the original wall material has been lost and replaced by synthetic siding. The wrap around porch is original; however, an enclosed area has been added under the balcony on the first floor of the eastern façade.

According to local history and cartographic records, Ewing’s original hotel structure, no longer existent, was northeast of the current site, facing Wright Street. According to the 1887 Sanborn maps, the Ewing building left standing today held overflow hotel rooms while the main two-story body that faced Wright held the office, sample room, dining room and kitchen on the first floor and hotel rooms on the second floor. In the 1920s, the main hotel became an auto garage and the business moved to fully occupy the structure on University as Park Hotel.

There is discrepancy if the Park Hotel was built before 1887 or not until c. 1904. The structure’s footprint in the 1887 Sanborn map is dissimilar to the structure’s footprint in the 1904 map; however, this could easily be explained by alterations to the original structure over time and does not necessitate the assumption the first was demolished for a new structure in the 20th century.

The building is currently considered non-contributing to the historic district due to the alterations to the windows on the western elevation. However, the restructuring of these windows would regain the building’s contributing status.