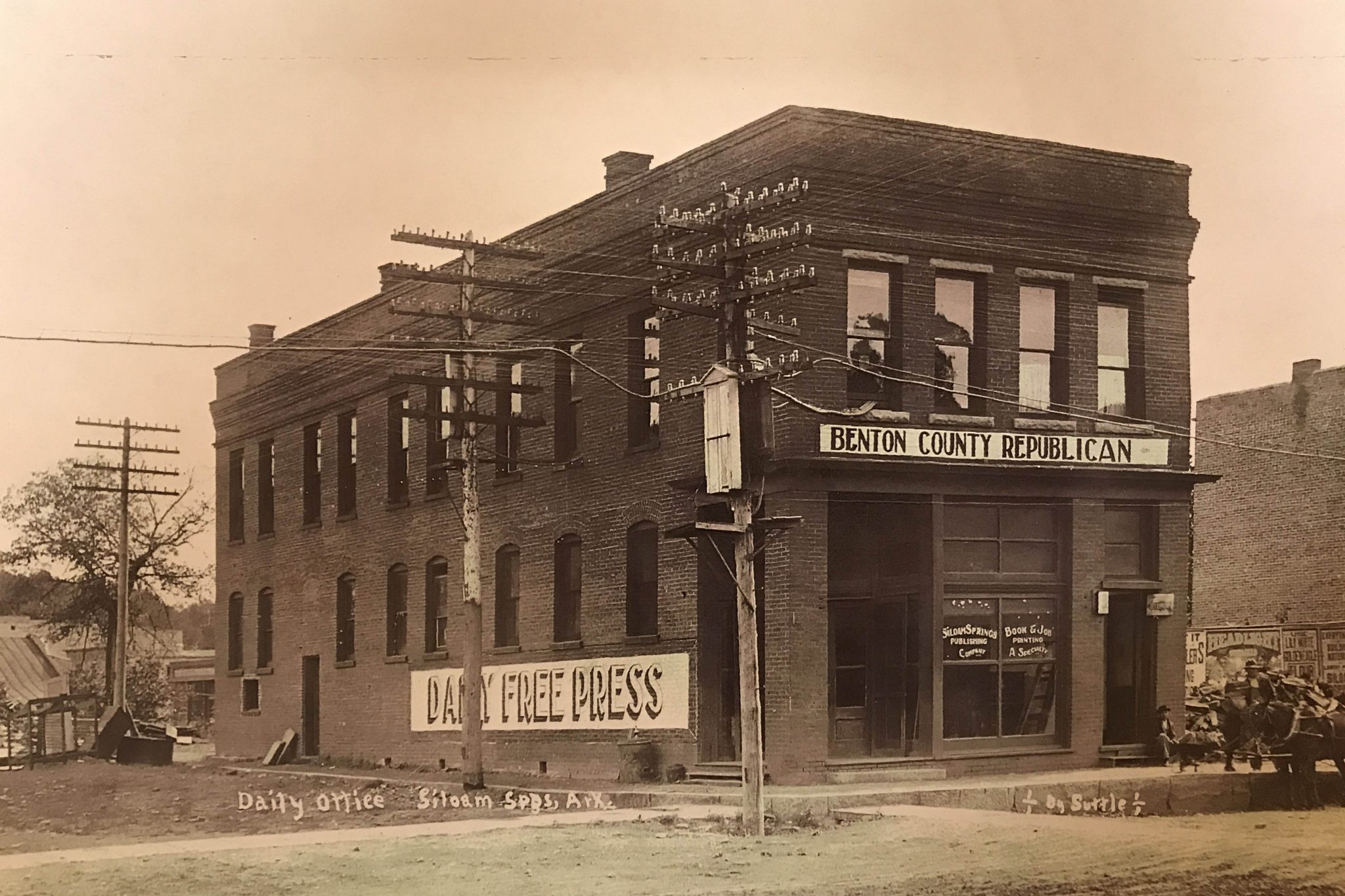 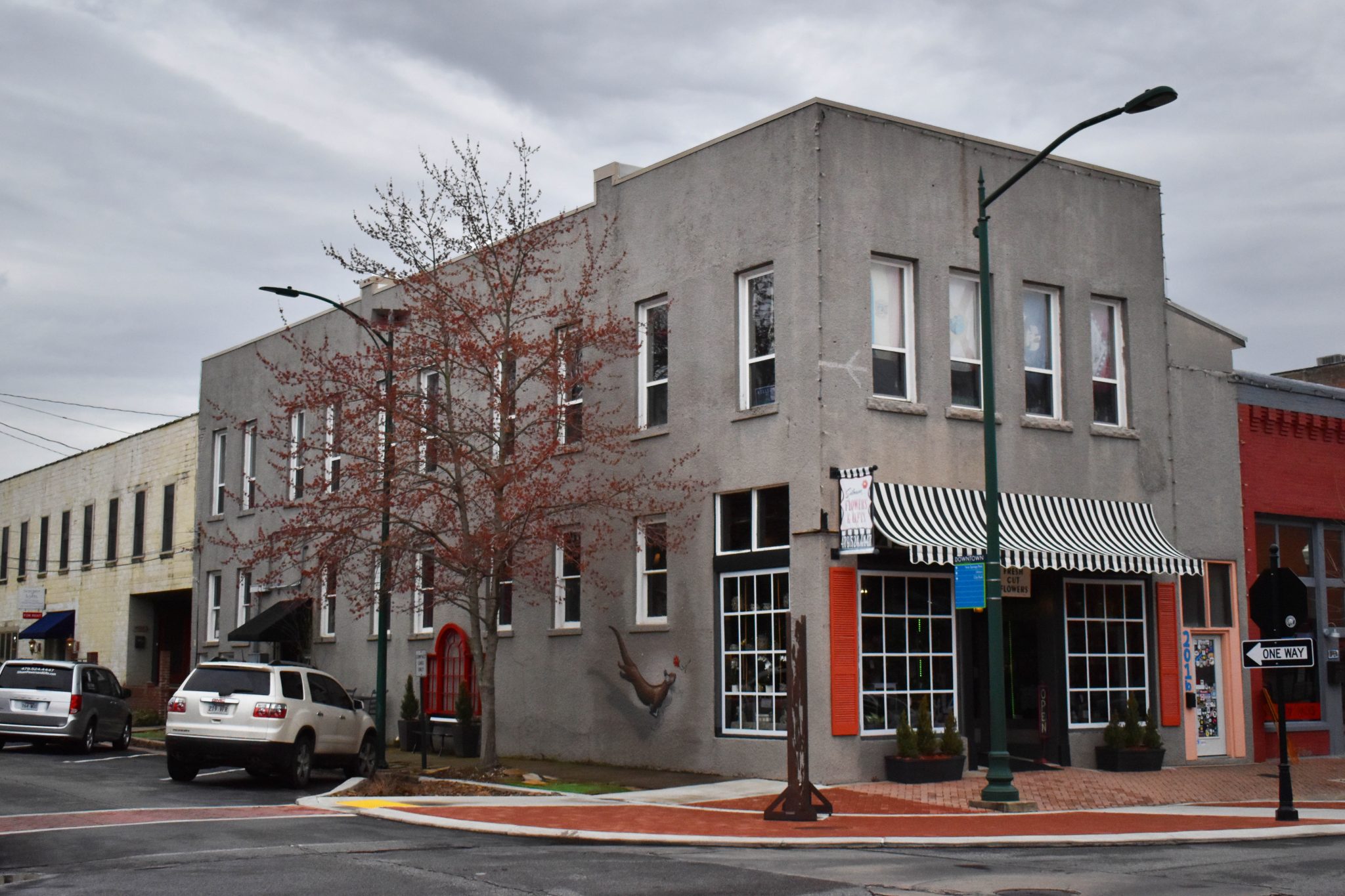 The Jones Supply Company building was constructed in c. 1905 when the town’s streets were still dirt roads (they were paved in 1926). Between 1900 and 1910, a telephone exchange office occupied the second floor of the building and the State Bank occupied the first floor. The Siloam Springs Daily Republican was published from 1904 to 1913 out of this building until it merged with the Herald & Democrat, whose office sat at 121 N. Broadway in 1914. In the 1920’s the building housed offices for Swenson Nursery Company and Roy Chesney Insurance. This building was the C. R. Jones Supply Company from 1930 to 1950, and then Smith Carpet shortly following. Today, the lower story is occupied by Siloam Flowers and Gifts and the upper story is a residential apartment. This second-floor apartment was one of the first upstairs living to be renovated in the 21st century resurgence of downtown.

Originally, the building possessed a corner entrance supported by an undecorated brick column, facing the corner entrance of the Perry building at 122 S. Broadway. The building’s elaborate storefront for the turn of the century was composed of a recessed corner double-leaf entrance bordered by one-over-one stationary display windows and lighted by one-over-one transoms. The western-facing portion of the storefront displayed a large two-over-two display window lighted by a two-over-two transom and a side entrance, also lighted by a one-over-one transom. The side entrance historically led to the upper story telephone exchange offices.

The building is constructed of brick masonry and has two exterior brick chimneys resting on a stone foundation. The upper story windows are all double-hung and possess rusticated stone or cast concrete lintels and sills. The building also possessed three tiers of decorative brick corbelling on its upper cornice.

These upper story design features were lost in the 1930s when the building was covered in stucco. It appears that the storefront was restructured at this time as well. The narrow space between itself and its southern neighbor was enclosed between 1936 and 1948. This enclosure is designated in the 1995 National Register survey as a separate structure. Today, it serves as the stairway to the second-floor apartment and possesses its own address, 203 S. Broadway. Renovation completed within the last ten years has included the restructuring of the storefront to include transom windows. Since the alterations occurred in the 1930s, this building is considered contributing to the Siloam Springs Historic Commercial District.