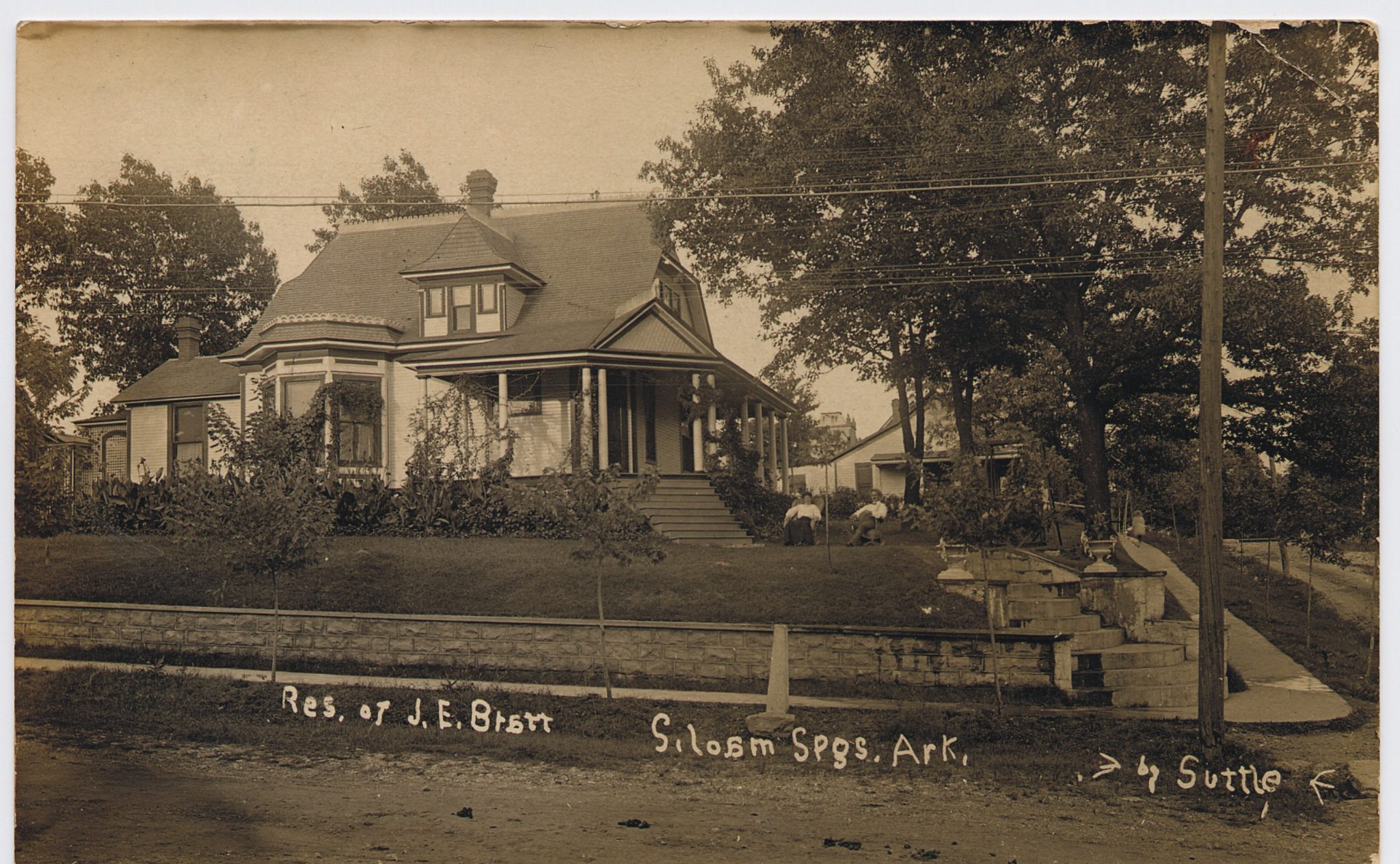 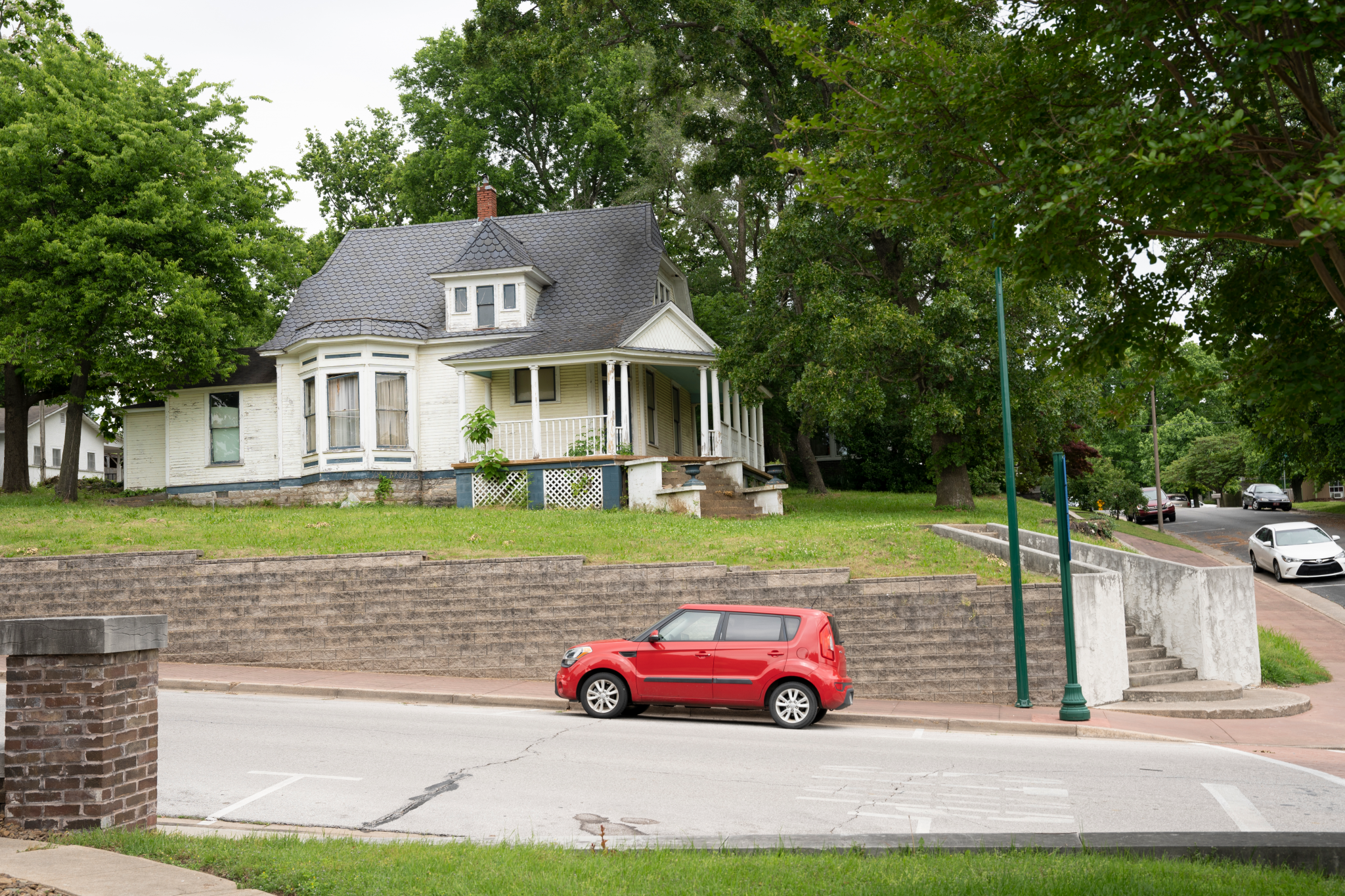 The Bratt-Smiley House was constructed in 1900 in a transitional style, combining elements of both the Queen Anne and Colonial Revival architectural periods in the United States. This was first the home of J.E. Bratt, an Englishman who owned a produce company and established the Bratt-Wasson Bank, or Bratt State Bank, alongside Marion Wasson. The bank opened in 1932 in the former Farmer’s Bank building at 109 E. University, and later became the Bratt-Wasson Bank when it merged with the First National Bank of Gentry. By this time, J.E. Bratt had sold his bank interest, but his name was kept associated.

Later, the Victorian home was occupied by Dr. J.L. Smiley who operated a medical office in the Chandler building. The Chandler block—no longer existent—sat opposite the Crown Hotel on University. The site is now parking for downtown.

The Bratt-Smiley was built as a one and one-half story frame constructed single-family residence. Its asymmetrical orientation and ornamental detailing were inspired by the Queen Anne style, while the classical influences are reflected in the wrap-around porch supported by Tuscan columns. The home has a local history of a destination for weddings and festivals. Many photographs of special events in the downtown were taken in front of the house. The Victorian home occupies a highly visible corner lot at the intersection of the downtown’s main thoroughfares. The building reflects a period when fine homes and businesses were all located together in the center of town.

Though the house has sat vacant for more than a decade, its local significance and architectural integrity deem it worthy of being independently listed on the National Register. Looking forward, the house’s one-day homecoming to Siloam Springs’ public life through occupation and repair would be an exciting affirmation of the downtown’s hard-earned improvement.