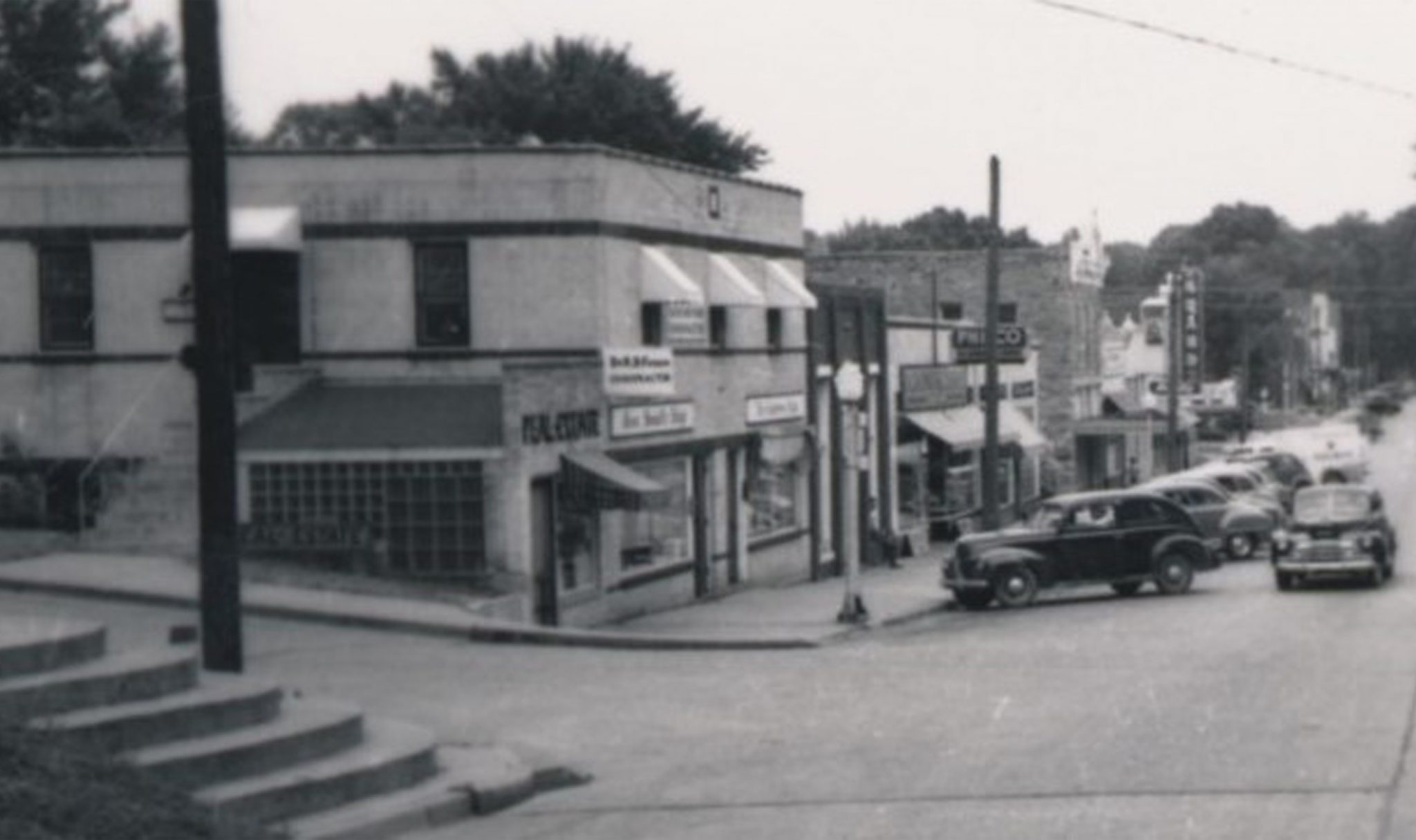 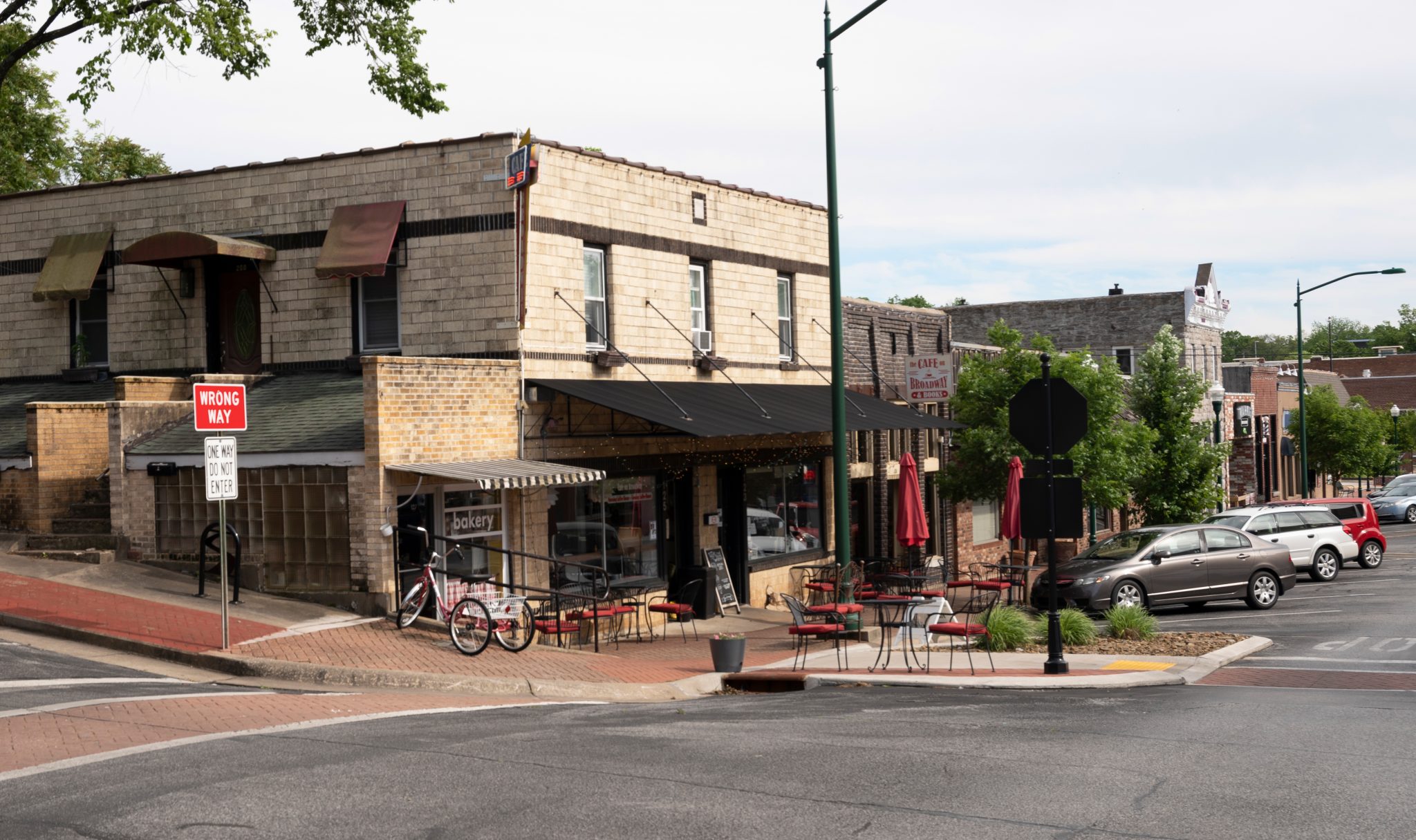 Constructed in 1941, the exterior of the Fenno building has been scarcely altered over the decades. The two-story frame construction commercial and residential building of the Art Deco style exhibits blonde brick masonry laid in the shiner/bull stretcher orientation and decorated in dark brick horizontal courses. The dark brick is laid in the soldier and header orientation courses. There are two single-leaf entrances, symmetrical to the structure, with two stationary single-pane windows bordering on either the right or the left. Additionally, there are three second-story windows on the western elevation, all one-over-one double-hung. On the northern elevation, concrete steps lead to a second-story single-leaf entrance (address is 200 E. University) flanked by two symmetrical one-over-one double-hung windows.  At one point, the upper story windows might have been four-over-one double-hung, noticeable in 1940’s photographs.

The structure was built by local realtor Buck Fenno; the panel on the upper façade reads “Fenno, 1941.” In the 1940s it housed Rose Beauty Shop and The Andrews Shop, advertising “the smartest in ladies wearing apparel.” The upper story section facing University was home to the chiropractor Dr. R. D. Fuson, for a time. Currently, the upstairs is still rented out as a downtown residential space and the whole of the lower story operates as Café on Broadway.

The northern addition to the structure was built shortly after the Fenno building and housed Trowbridge Realty Co. office in 1947. This company was owned by Buck Fenno, who named his real estate company after his wife’s maiden name. It is a frame constructed building with blonde brick masonry, similar but not identical to the main structure. It is covered by an asphalt shingle roof set behind a high raised parapet—just tall enough to install a storefront sign—and follows the horizontal sectional rhythm of the main structure. The storefront is composed of a single-leaf entrance and a right-hand stationary display window. The northern elevation is composed almost entirely of structural block glass of two different sizes, perhaps to square off against the elevation of the sidewalk.