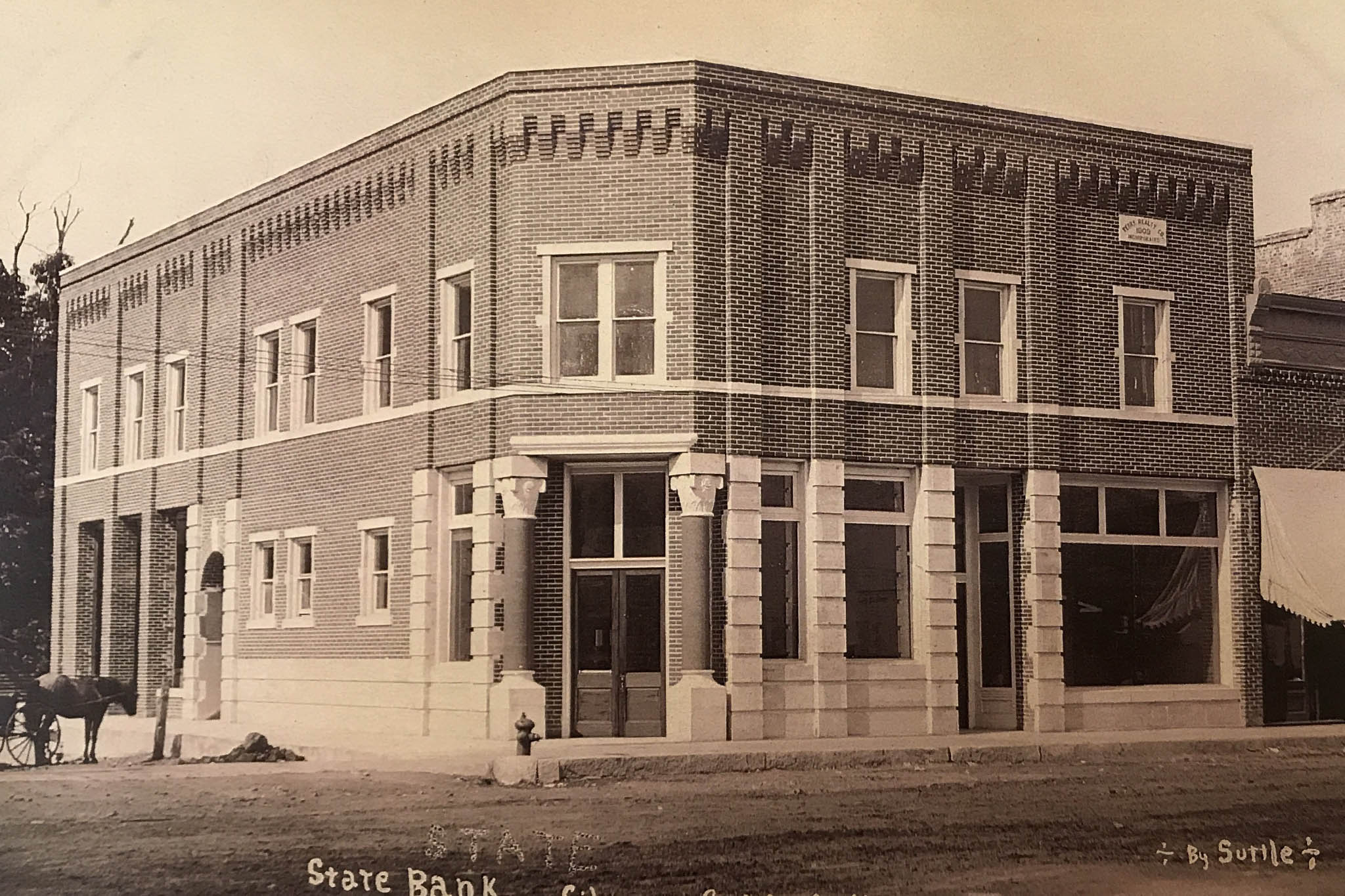 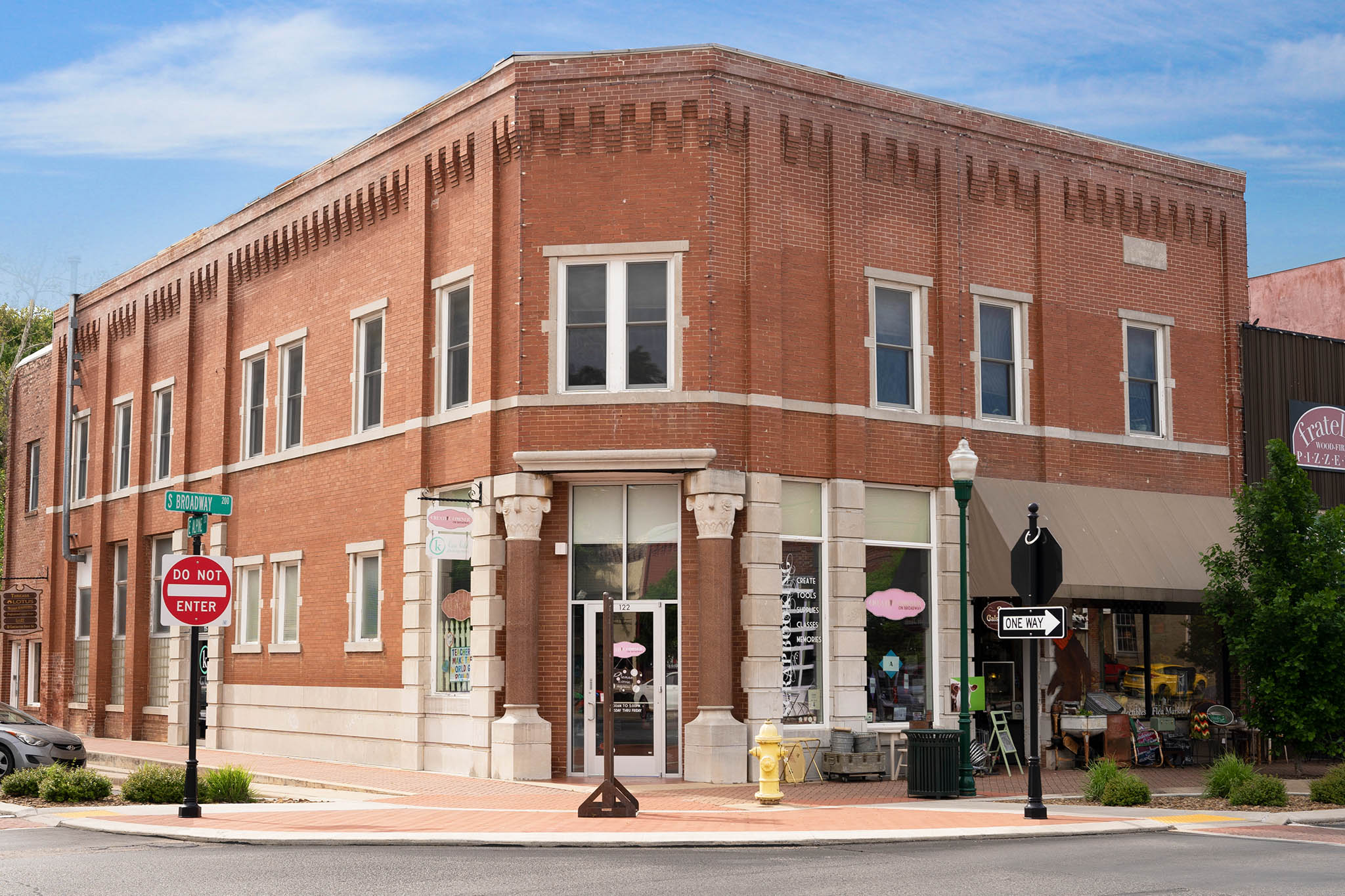 Constructed in 1909, the Perry building emerged as a two-story brick masonry commercial structure distinguished by a recessed single-leaf chamfered entrance flanked by two marble columns with carved roses on the capitals. The panel on the c. 1910 photo reads, “Perry Realty Co. 1909 Incorporated”. The building first housed the State Bank with a grocery store at the 122 S. Broadway entrance, its warehouse at the Alpine entrance (then St. Luke), and offices on the second story, including Perry Realty. The State Bank operated from 1904 to 1930 with O.P Maxwell and A.L. Smith as the major investors. It was a significant competitor to Connelly Harrington’s Farmer’s Bank. In the 1930s, the building housed a telephone exchange office, the bank shutting down during the Depression.

According to local history, the terminus of the bank left the lower story vacant for 25 years until reopening as McCumber’s Menswear for about two decades. The storefront at 122 was later occupied by Tommy’s Fashion Shop from 1965-1995. At some point, American Screen Printing occupied the building for twenty-six years. During this time, local history states that a fire broke out in the laundry room and was quickly squelched, avoiding casualties and structural damages. Today, the structure is occupied by Creative Corner on Broadway, 2 Gals Junk, onIT, Kari Kidd photography, and Threads.

The building is distinguishable by its brick corbelling across the upper cornice, large display windows lighted by transoms, upper story brick pilasters, and multiple cast-concrete elements such as: pilasters bordering multiple storefronts, a concrete course acting as a lower façade cornice, and cast-concrete window lintels and sills on the upper story. The southern elevation features a single-leaf entrance under a decorative concrete arch. A recessed single-leaf entrance is found further down Alpine leading to the second story. Notably, the building’s marble columns with carved rose capitals are similar in appearance to those on the Benton County Bank building in Bentonville. The Benton County columns were designed by local architect A.O. Clarke in 1906, lending good reason for historians to speculate that the Perry building in Siloam Springs might also have been designed by Clarke.

Independent of the known or unknown architect, this building’s architecture is historically significant and impressive. In the 1990s, non-historic metal siding that had covered the building’s first floor architecture since the 70s, was removed and, due to these preservation efforts, the structure is now considered contributing to the Siloam Springs Historic Commercial District through the National Register.