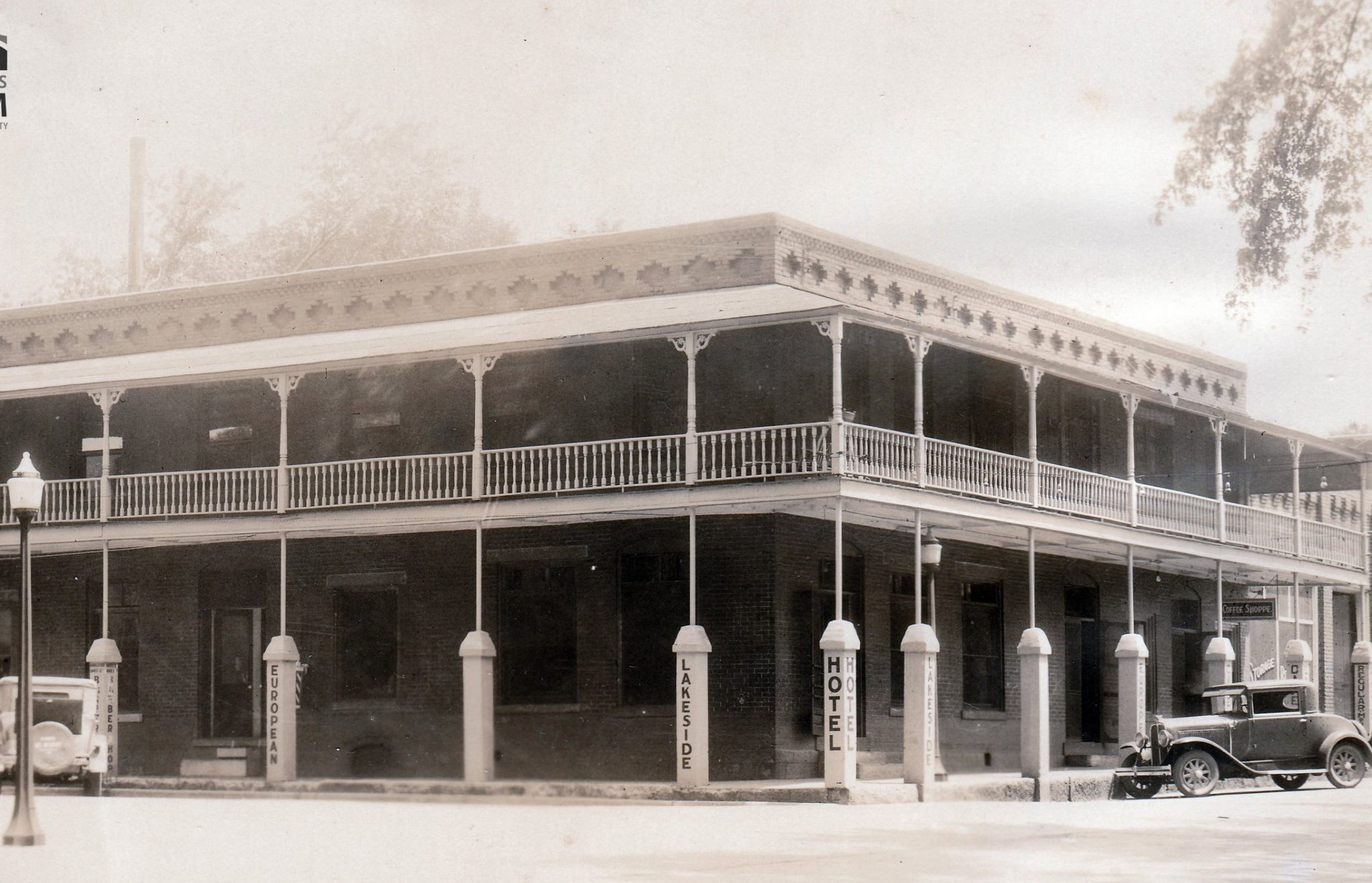 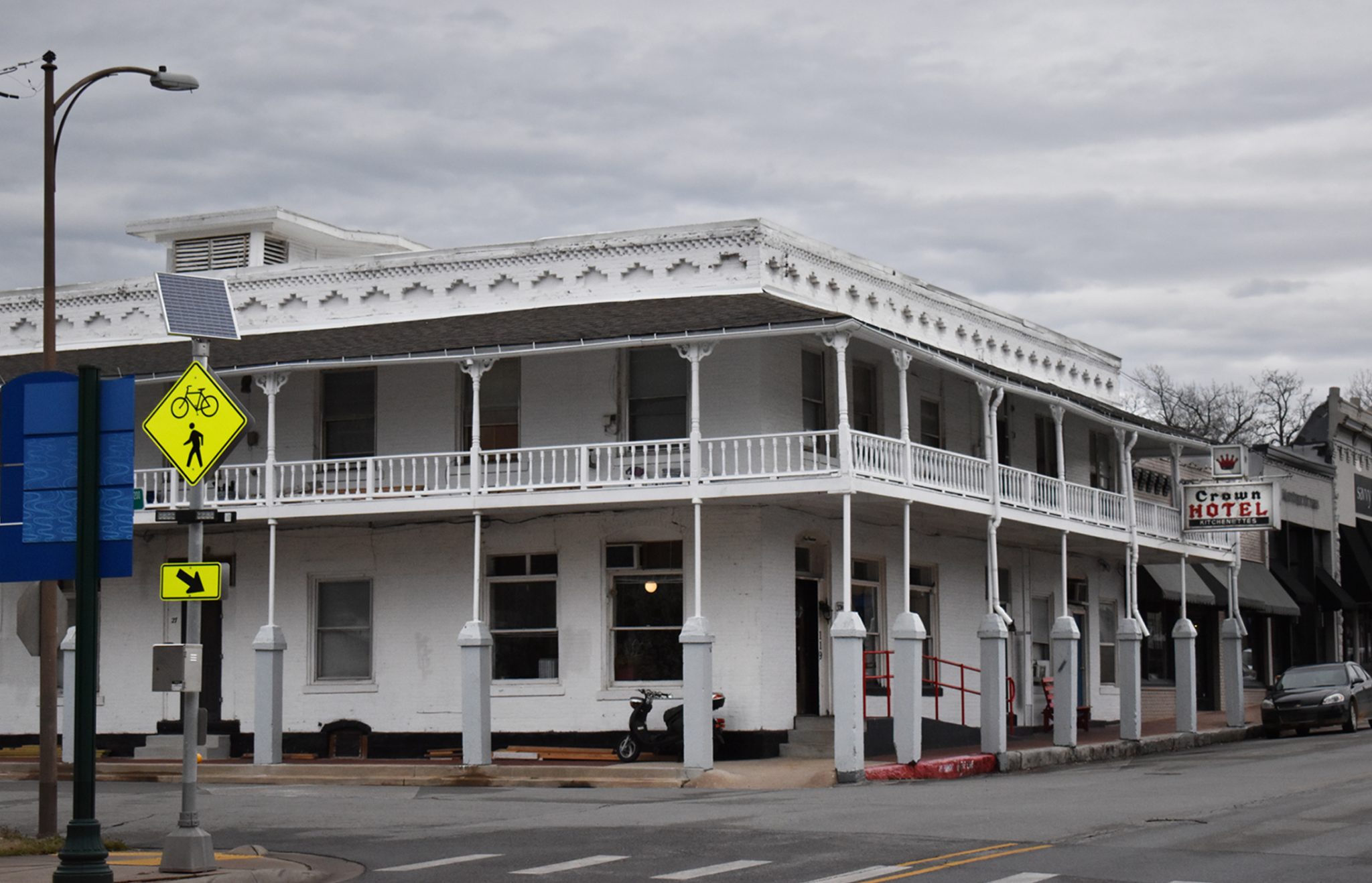 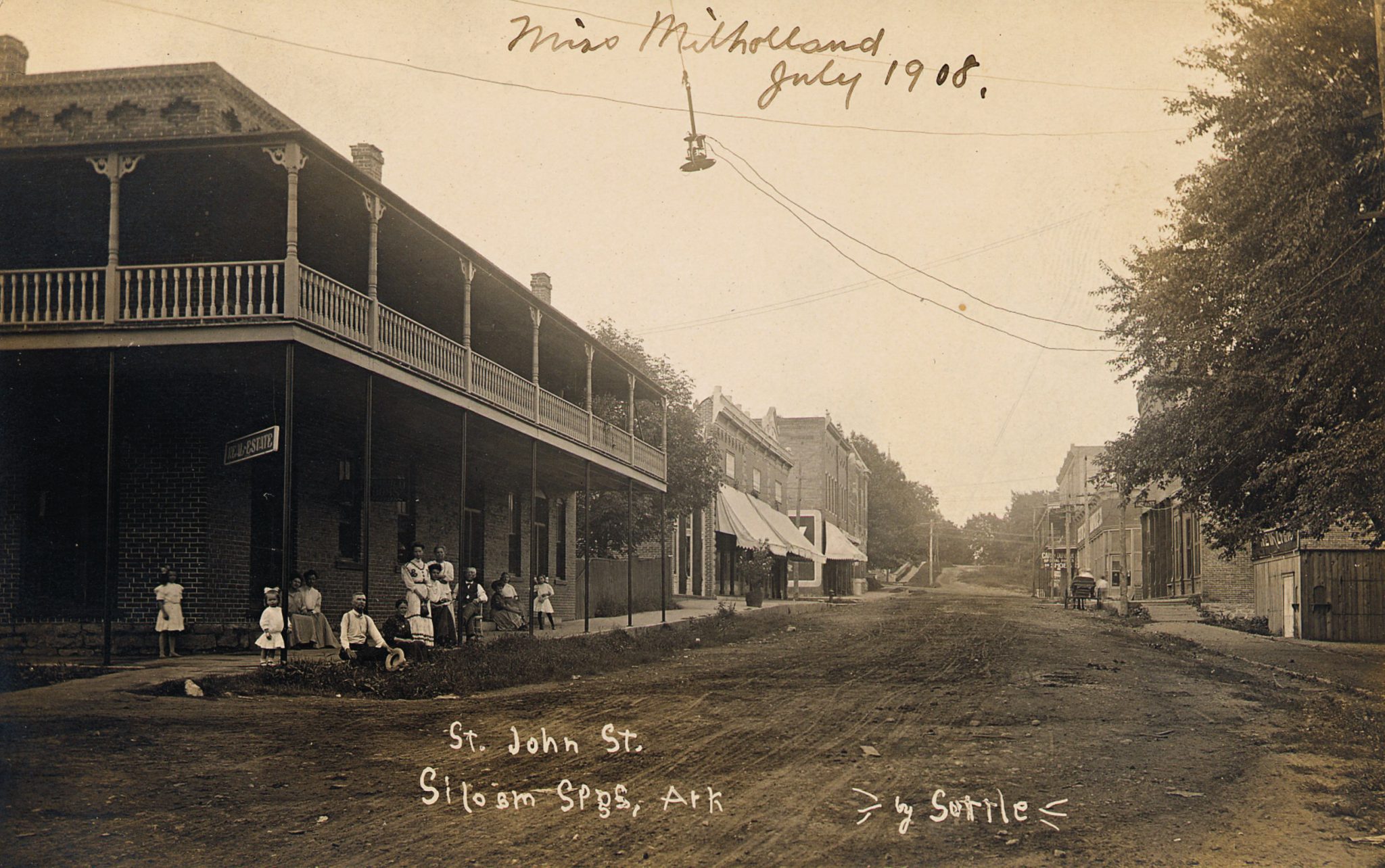 Lakeside Hotel was constructed in 1881 by Seth Hollingsworth as a health resort just one year after the town was established. It is the oldest surviving building in the historic district of Siloam Springs. Hollingsworth built the hotel within one-hundred yards of the largest spring, after it was commercialized for having medicinal qualities. Equally, the structure was the first brick hotel erected in the community, making it one of the most historically significant buildings in Siloam.

The hotel’s name derives from its proximity to the “Siloam Lake”, the original waterway footprint visible on the 1897 Sanborn map. In 1946, the building became home to the Crown Hotel and has remained its home since then. In the 1970s, at the time of its nomination to the National Register of Historic Places, it was owned by Geneva and Gordon Lee Smith. The hotel is currently owned and operated by Heather and Larry Muruaga.

Originally, it was constructed as a two-story brick masonry L-shaped commercial structure distinguished by a double-tiered wrap around porch, covered by a low hipped upper story awning. The upper story cornice is divided into two sections of ornate brickwork: the upper portion is brick laid in a dentil pattern and the lower portion is brick recessed to form a row of diamond-pattern indentations. Decorative elements on the second story balcony include original iron posts, scroll brackets, and a turned balustrade.

Most openings are segmental arches. The windows on the southern elevation were given their present form in the 1920s, generally one-over-one double-hung lighted by transoms. Originally, from the 1881 construction, the windows were narrower than their present shape. Windows on the northern and eastern elevations are original. There are three doors on the western elevation and two on the southern elevation. All entrances are single-leaf and are lighted by transoms. It appears that several early chimneys were removed. In the interior, the most distinguishable feature is the main stairway in the entrance lobby. It is composed of a turned balustrade, newel-post and handrail.

Later additions include protective poured concrete casts around the lower iron post, around the 1920s—to increase their support and prevent automobiles from damaging them—and a vented cupola, installed on the roof around the 1940s. At some point, the brick masonry was painted white, possibly around the time it became the Crown Hotel.

Listed to the National Register in 1979, the building is one of six independently listed buildings on the register due to its historic and architectural significance. This identification signifies the building to be of national importance and deemed worthy of preservation.