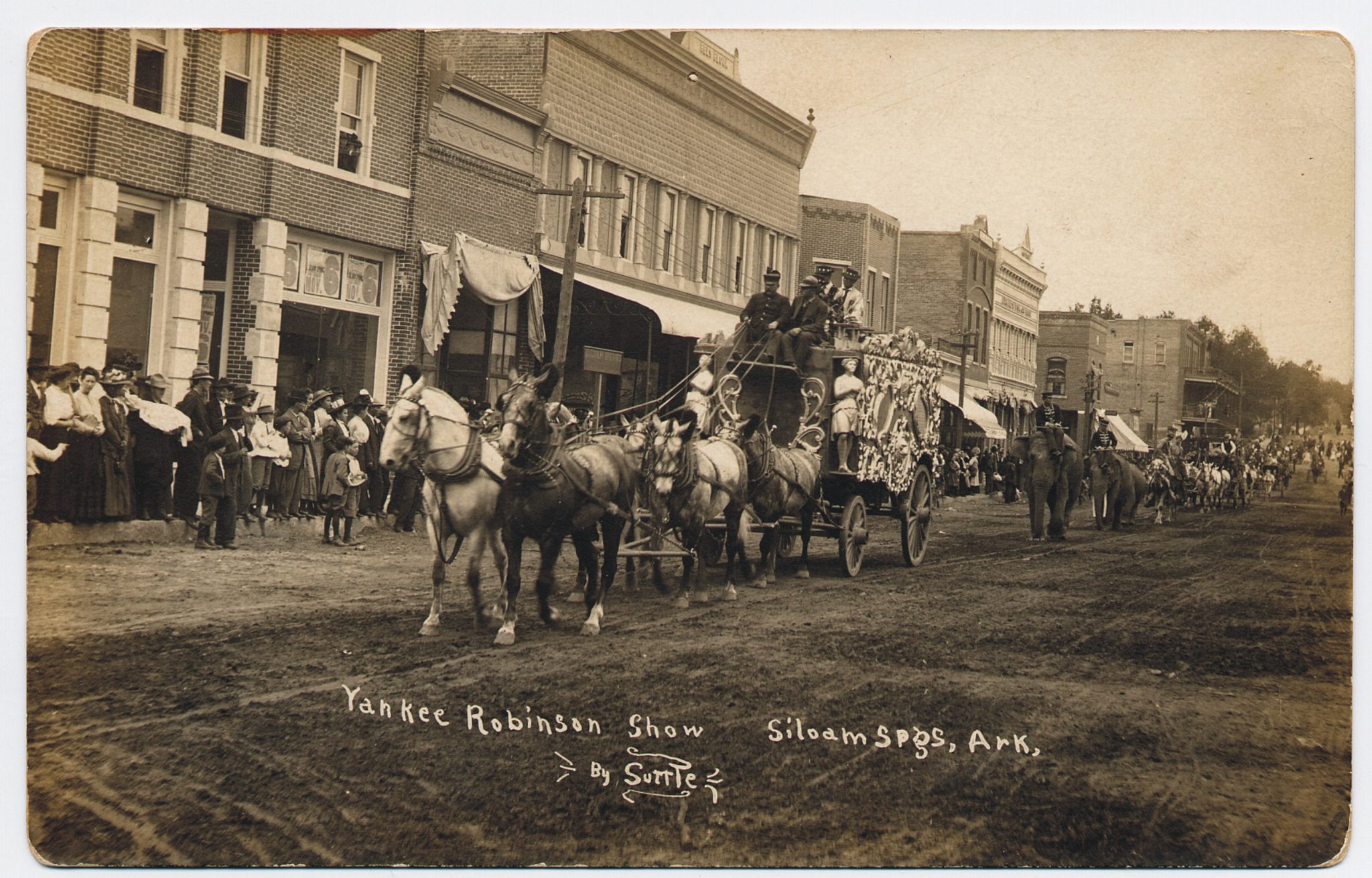 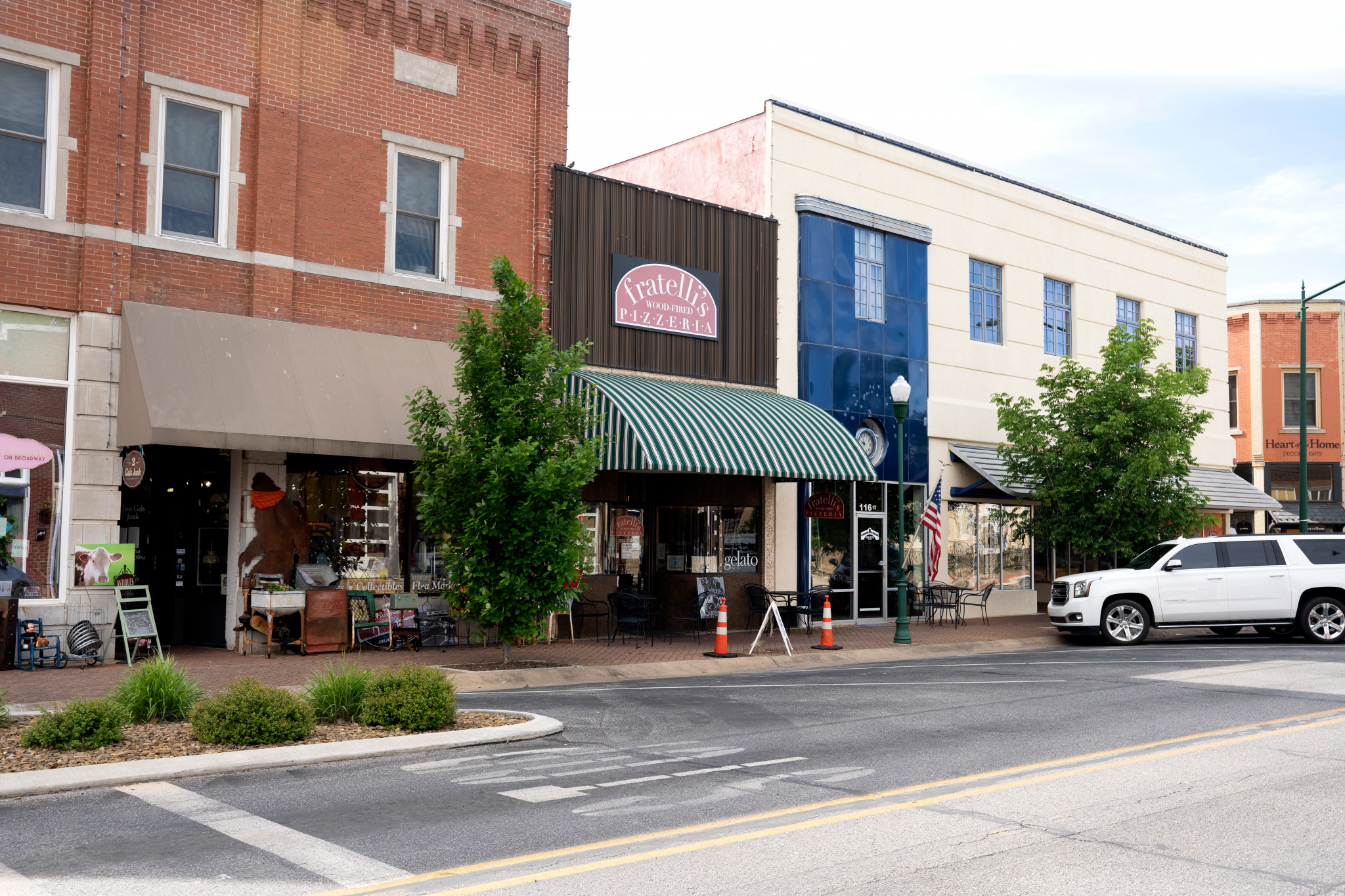 The Harrison building was constructed c. 1909 as a one and one-half story brick masonry commercial building. It’s first recorded occupant was a clothing store c. 1914. Most likely built around the same time as The State Bank as it shares a well-integrated common wall. Today, the building is home to Fratelli’s Wood-fired Pizza.

The facade’s appearance today is hardly recognizable when compared to its historic photographs. The original storefront was beveled, with the entrance recessed on the left-hand side. It was composed mostly of glass, with large multi-pane transom windows. The upper facade was composed of a highly decorated pressed metal cornice with simple brick dentiling beneath. This cornice likely was removed around the same time as the Rank building (116 S. Broadway).

The building has been drastically altered since its construction. The upper facade is encased in a metal slipcover and the storefront is covered in pebble and cement. A nod to the mid-century modern style can be interpreted in curved elements of the stationary single pane windows. The entrance is central and recessed. Due to these alterations, the building is considered non-contributing on the National Register.