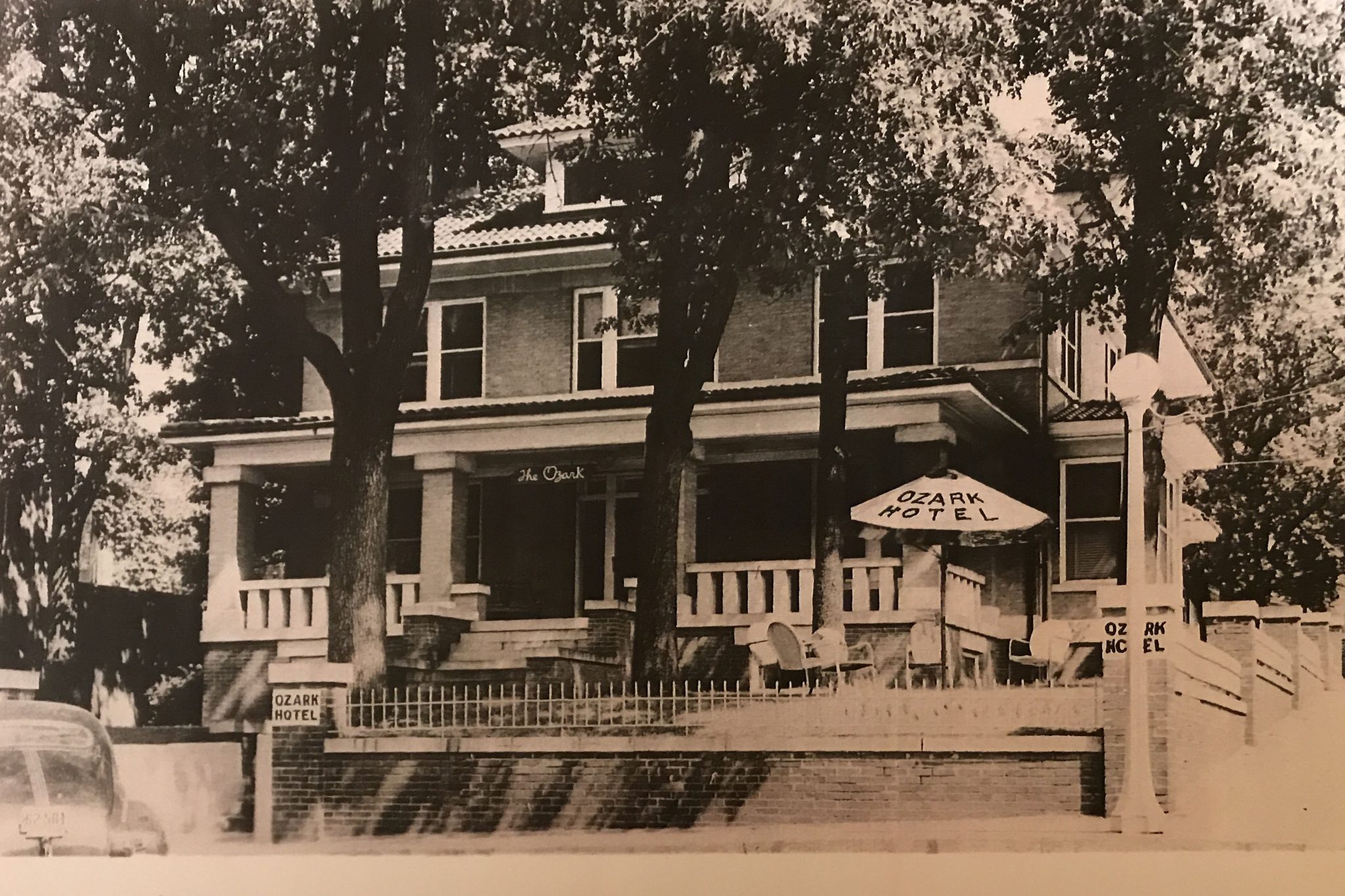 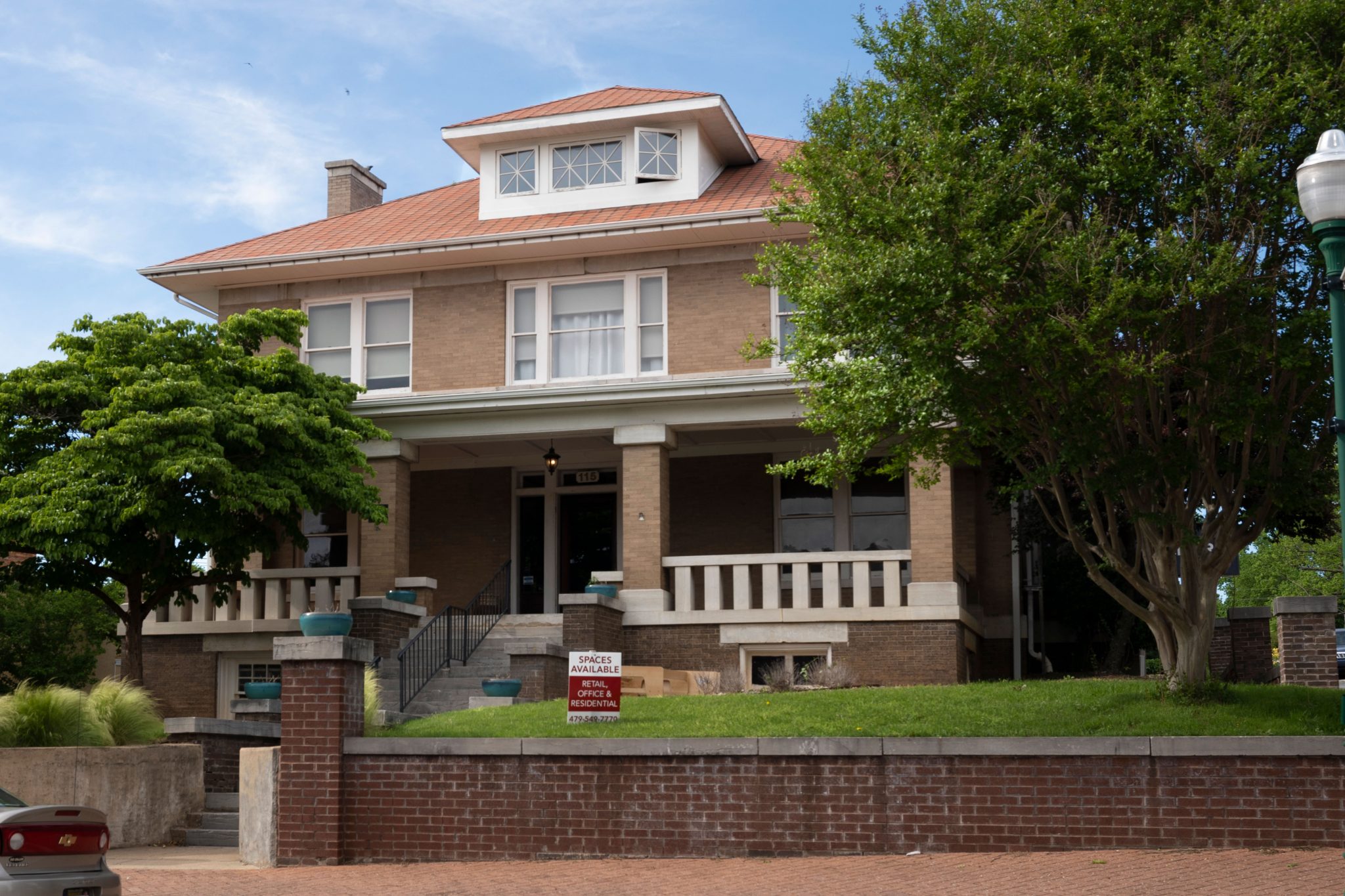 The Harrington house was constructed around 1920 as a single-family residence of Connelly Harrington and Minnie Kemper Harrington. The Harrington’s were married in 1892 in Missouri and moved to Siloam Springs in the early 1900s. Connelly, once considered to be the wealthiest man in Northwest Arkansas, was a local businessman, banker and investor, and served as mayor of Siloam Springs from 1930-1932.  Minnie owned her own property on Mount Olive just north of their home and was one of the few women in the area who paid the tax to vote in the 1917 primary election. In 1917, Arkansas granted women the right to vote in primary elections only.

According to local history, the house was built in 1913; however, the structure does not appear on the Sanborn maps until 1922. The Harrington’s both died in 1935 and in the late 1930s, the house served as the John Brown University Hospital. In the 1940s, it became the Ozark Hotel. In 2012, the building underwent significant fire damage, destroying the top floor completely.  Drake Renovation and Construction, the building owner at the time, restored and renovated the property to its current state the same year, able to preserve much of the building’s significance though a number of its historic features were lost and materially substituted.

The house reflects eclectic elements of the Prairie and Craftsman styles of the Modern movement with its symmetrical façade, boxed two stories, wide overhanging eaves, projecting porch, low-pitched hipped roof, and impressive square porch supports. These modern architecture styles emerged from the influence of Frank Lloyd Wright, emphasizing ornamentation that deviated from previous classical forms. Specifically, this house shape is in the style of the American Four-Square, a common vernacular form; usually these homes have a squared floor plan with four rooms upstairs and four rooms downstairs and are found in many styles including Prairie, Colonial Revival, Neoclassical, and Craftsman. Due to its historic and architectural significance, the Harrington House is independently listed on the National Register, considered to be of national importance and deemed worthy of preservation. Only six buildings in Siloam Springs Historic Commercial District hold this honor.

Over the decades, the Harrington House has adapted to the shifting architectural and market preference of the town. Stylistically, the terracotta roof has been replaced by burnt orange asphalt shingles cut to imitate the terracotta tile form, and decorative star grilles have been added to the upper story windows within the dormer.

Structurally, the building has been divided into a mixed-use space of offices, apartments, and an Airbnb. In total, the renovated space utilizes all four stories, from the basement to the attic. This integration of uses enhances the vitality and walkability of downtown, as well as supports the responsible preservation of our historic buildings.