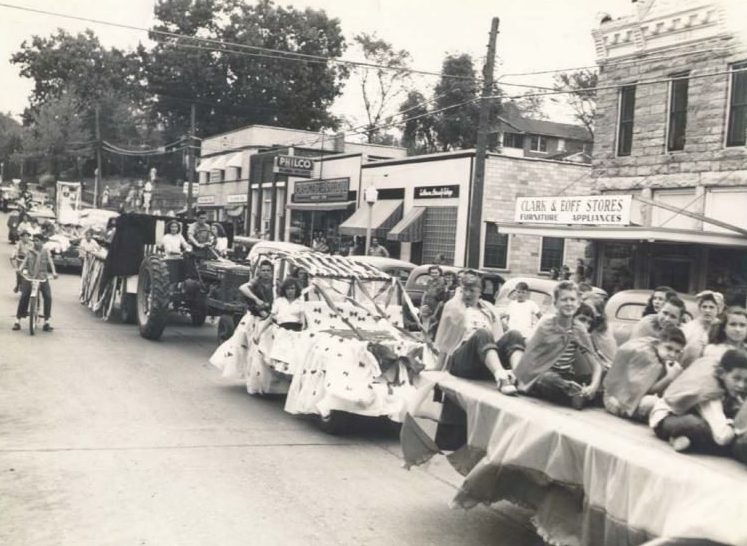 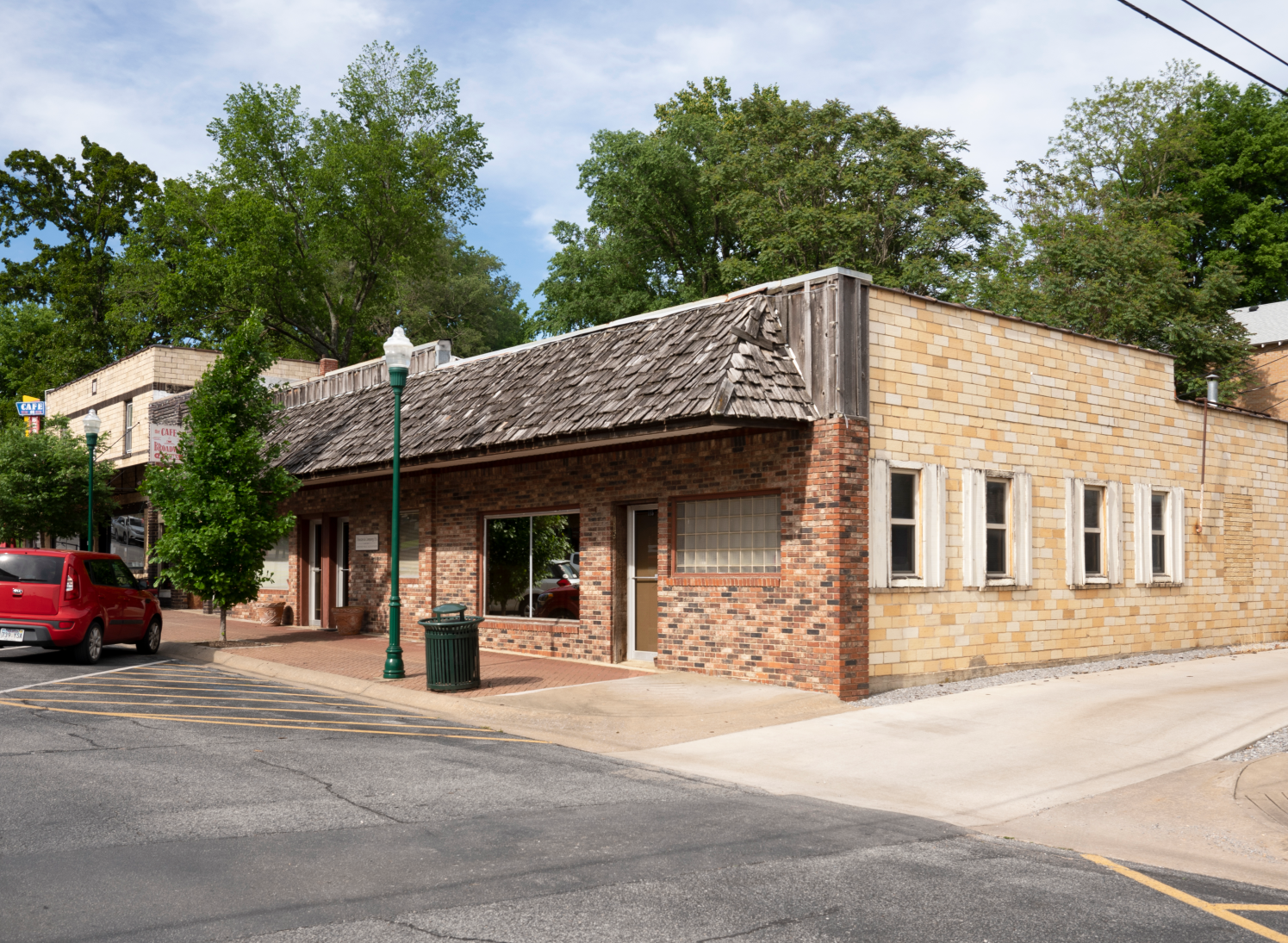 Originally, both single story buildings were constructed of blonde structural clay tile masonry (visible on the southern elevation) set on cast concrete foundations. Both façades were composed of smooth glossy tiling, impressively covering the whole western elevations. The Art Moderne style was similar to that of the Crain building at 100 E. University. The storefronts themselves are obscured in most historic photos. The north structure, Philco, seemed to have a recessed entrance primarily composed of large glass windows and framed in aluminum. Above the storefront appears to have either been thin glass blocks or decorative thick lines composed entirely of black tiling. A sign board stating “Oklahoma Tire & Supply Co.” is laid over this feature, in partnership with the Philco neon blade sign. The south storefront, the beauty shop, had an entrance on the left and a large glass block window on the right. The black tiled “eyebrows” are more visible on this facade in historic photos. “Salon Beauty Shop was installed in neon letters against this feature. The original glass block window of the south building can be seen on the current facade, encased in the later addition of tiled brick.

The façade was significantly altered around the 1960s-70s. Today it bears little resemblance to its Art Moderne streamline architecture. The buildings were combined into one storefront, the original façade now encased in brick, an expansive mansard shingled awning has been mounted where the brick terminates, and wooden paneling is secured to the parapets where the awning does not cover the original wall surface. Due to these severe alterations, the buildings are considered non-contributing on the National Register.