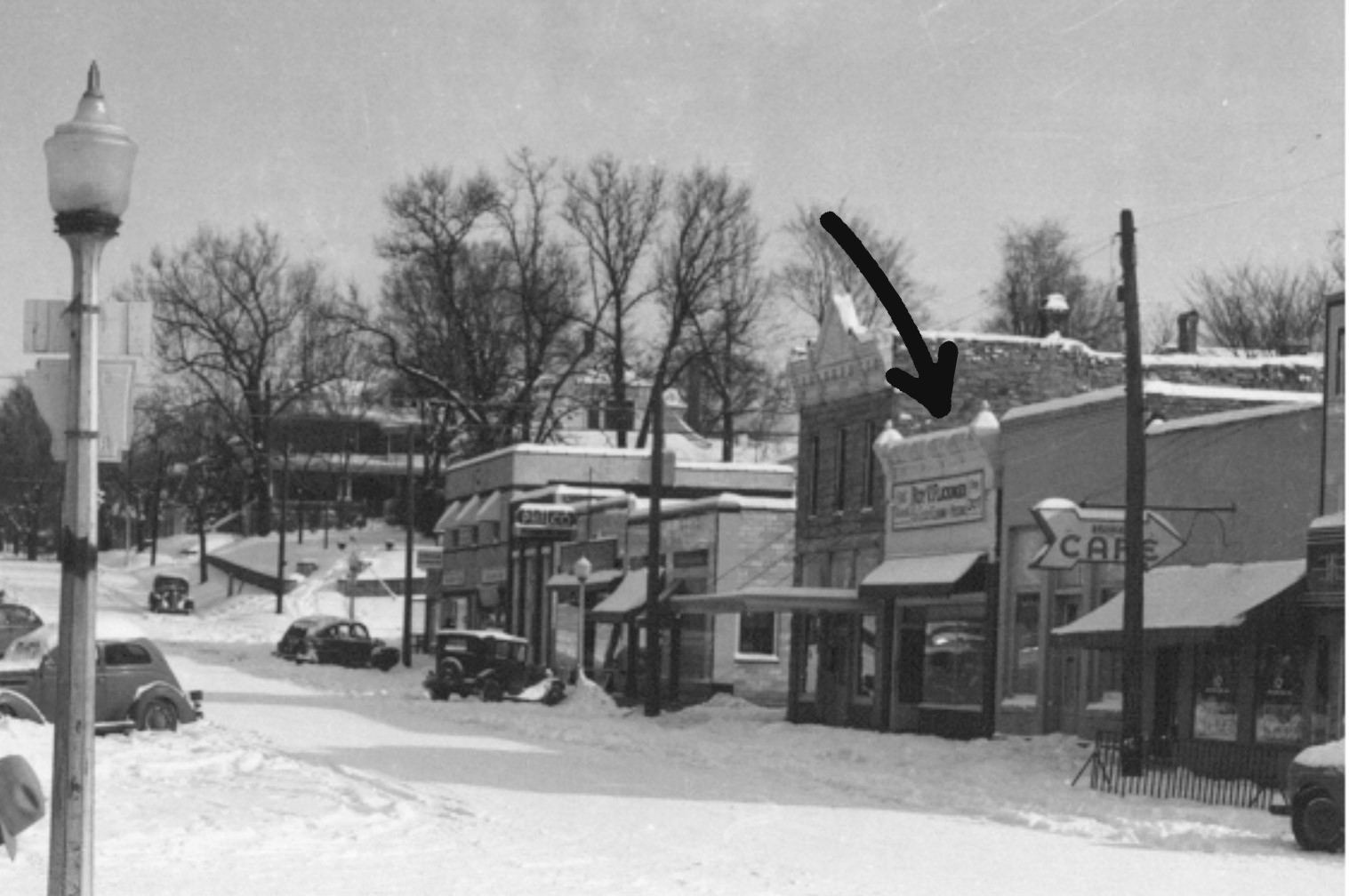 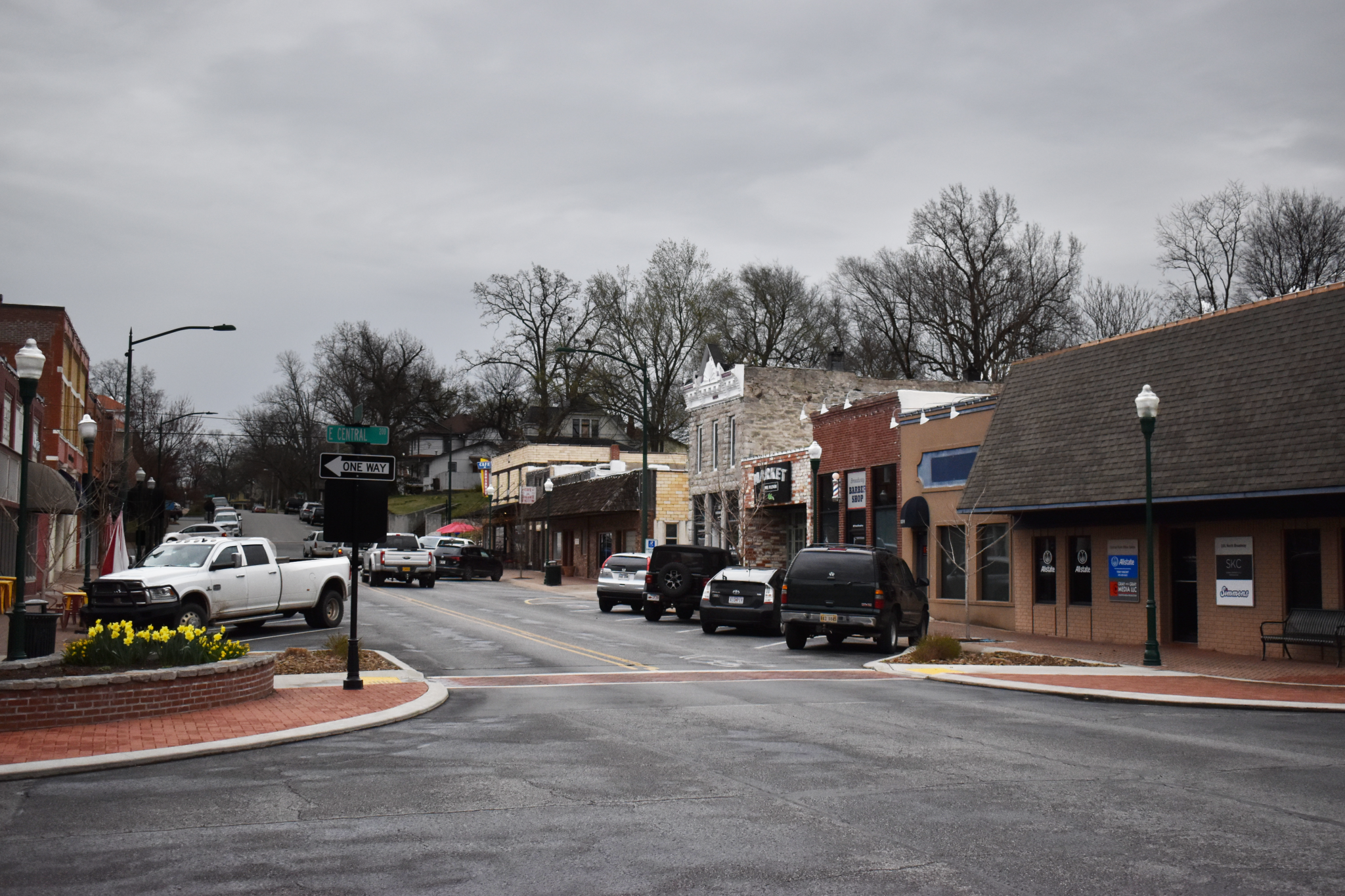 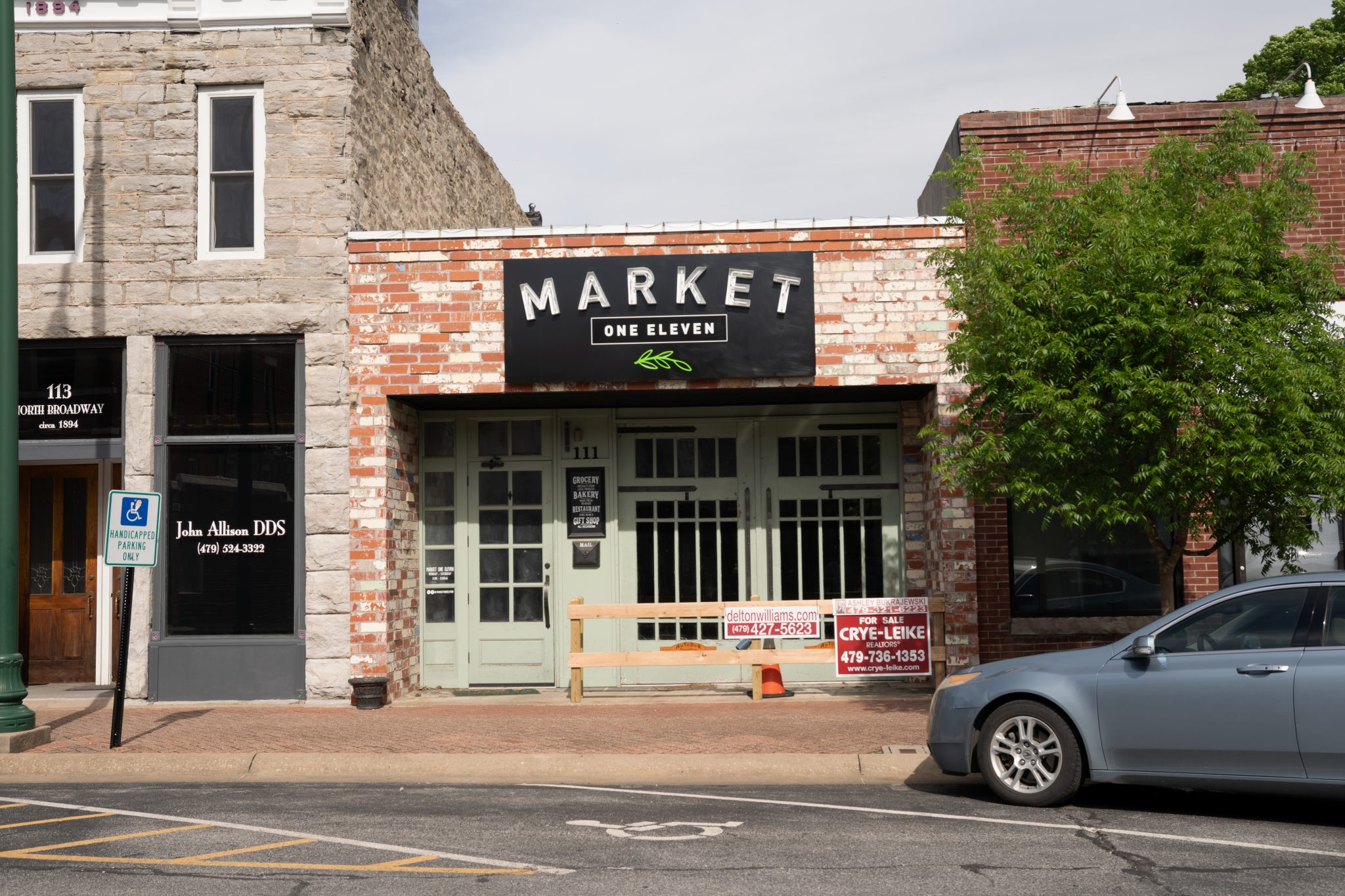 The Flickinger Building was constructed in 1900 as a single-story brick masonry commercial structure and first housed an office, sitting between a saddlery and harness shop and a carpenter. Within four years, the structure was repurposed as a music store, later housing a tailor c. 1910, and then serving the Siloam Springs as Roy V Flickinger’s Cleaners from 1916 to 1960. Today it houses Market One-Eleven, which services downtown residents and tourists alike as a bakery, poke bowl restaurant, gift shop, and grocery store.

This building has experienced several alterations and hardly resembles its original structure. Initially, the façade was adorned with an elaborate cornice, most likely pressed metal, and flanked by two finals. This gave the structure the appearance of being crowned; complementary to the preserved details of its northern neighbor. In the 1995 National Register’s registration form for Siloam Springs Historic Commercial District, the building is described as compromised by stucco and a metal covering.

Today, the façade has been layered with new brick dissimilar to its original masonry, the cornice is entirely lost along with the finials. For this reason, the current façade is strangely stark in comparison to its surroundings. Uniquely, the storefront of the façade has been replaced with large glass French doors with wrought iron hinges operating in place of display windows, and a single-leaf glass door side entry surrounded partially by transom lights and right sidelights. Due to these decades of alterations and lost features, the Flickinger building is considered a non-contributing structure on the National Register.