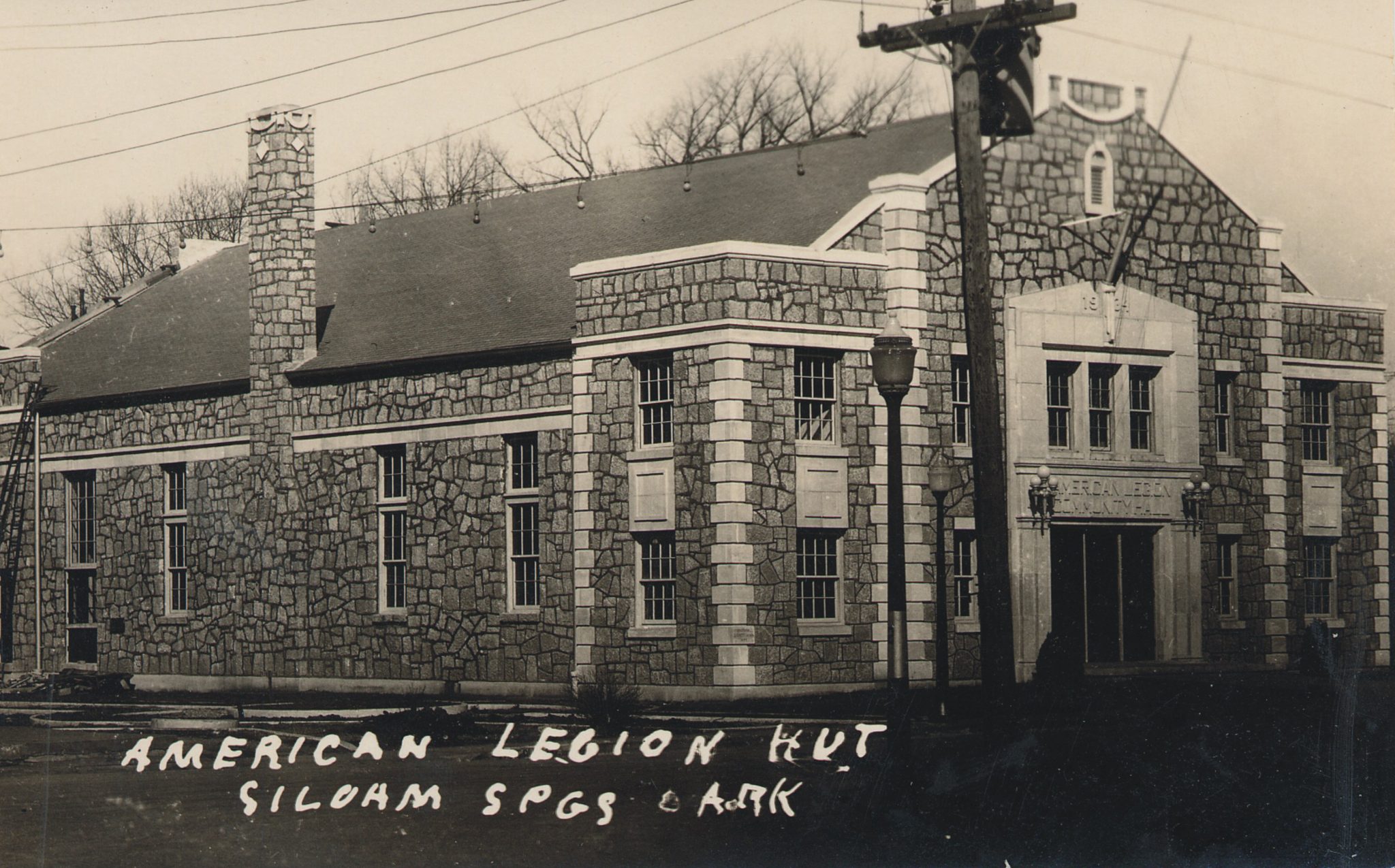 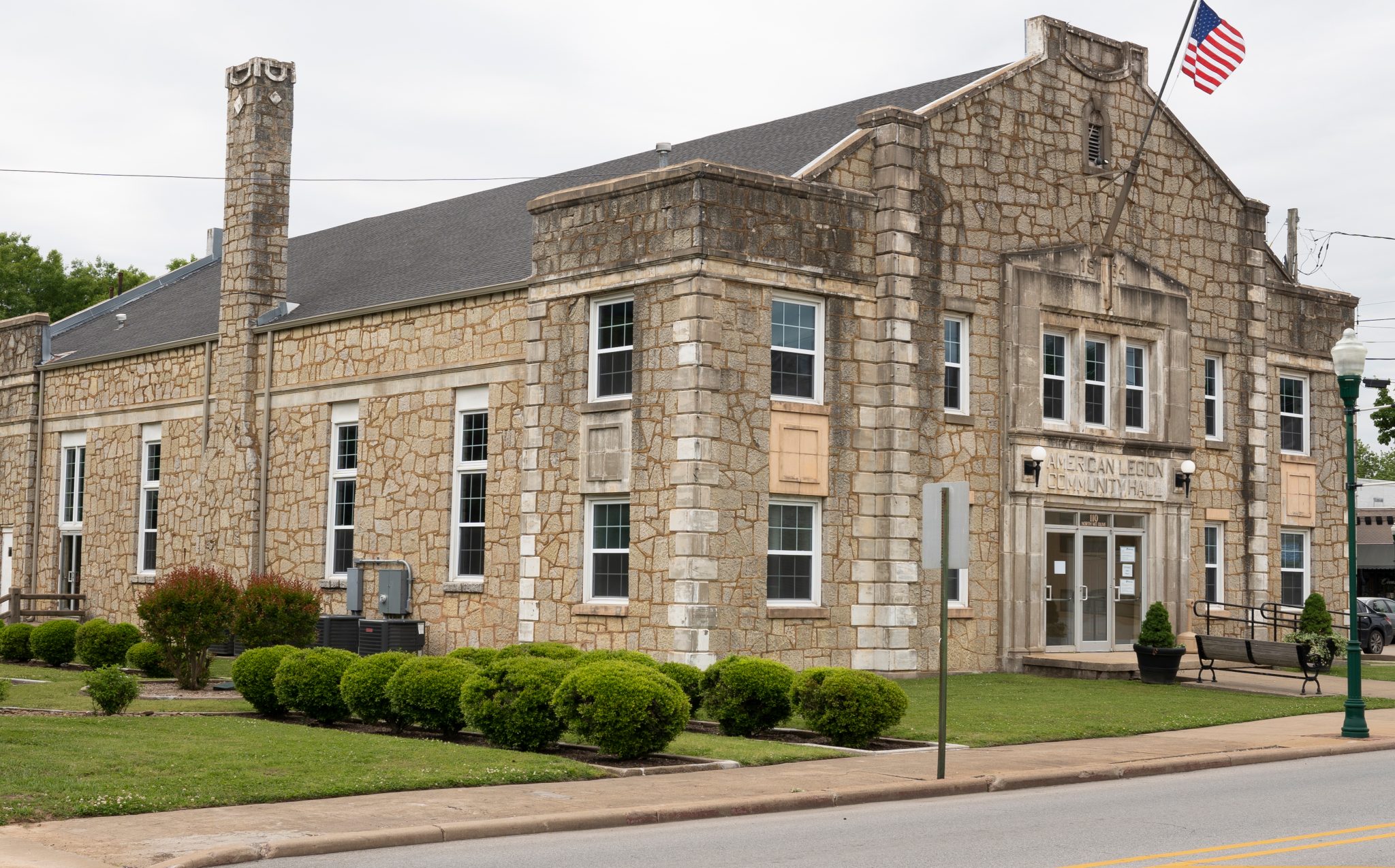 Constructed in 1934, as inscribed above the entrance, the American Legion Community Hall building was built in the WPA Rustic style—an architectural style arising from the New Deal Works Projects Administration. The architecture of the Community Hall and the architecture of the Post Office at 101 S. Broadway are excellent examples of the styles of buildings federally funded and constructed through the WPA/PWA following the Depression. The building was financed by the local American Legion and its construction was supervised by Everett Allen (see cornerstone inscription). It has served as a community building and meeting hall for Siloam Springs since its completion.

Assembled as a two-story cut stone masonry structure on stone foundation, the rectangular plan building is lighted by eight-over-eight double-hung windows with cast concrete lintels and sills and is covered by a gable roof set behind a raised parapet. The building has one interior and three exterior stone chimneys. The structure displays architectural elements evocative of WPA rustic and modernist eras, such as: cast concrete quoins, simple banner ornaments over the entrance and bordering the chimneys on the upper story, square motif concrete panels between the lower and upper story windows, and cast concrete courses wrapping around the symmetrical towers to the north and south elevations. A concrete plaque rests above the entrance with “American Legion Community Hall” inscribed.

For a time, the building was mothballed and left vacant. It was restored to its original appearance in the early 1990s by Main Street Siloam Springs (then a local non-profit not affiliated with the national Main Street America. MSSS became an affiliated Main Street program in 2011, eligible for state resources and funding through Main Street Arkansas, and became a Designated program in 2014). The non-profit team at the time of rehabilitation, led by Marsha Emmanuelson, replaced the windows, installed air-conditioning, rewired the building and rehabilitated it for community use. The building continues to serve as a community building, annually hosting the Springs Gem & Mineral Show as well as the indoor vendor booths for the Dogwood Festival. Today, the American Legion still occupies the first story. Due to past preservation efforts, the building is considered contributing to the Siloam Springs Historic Commercial District on the National Register.