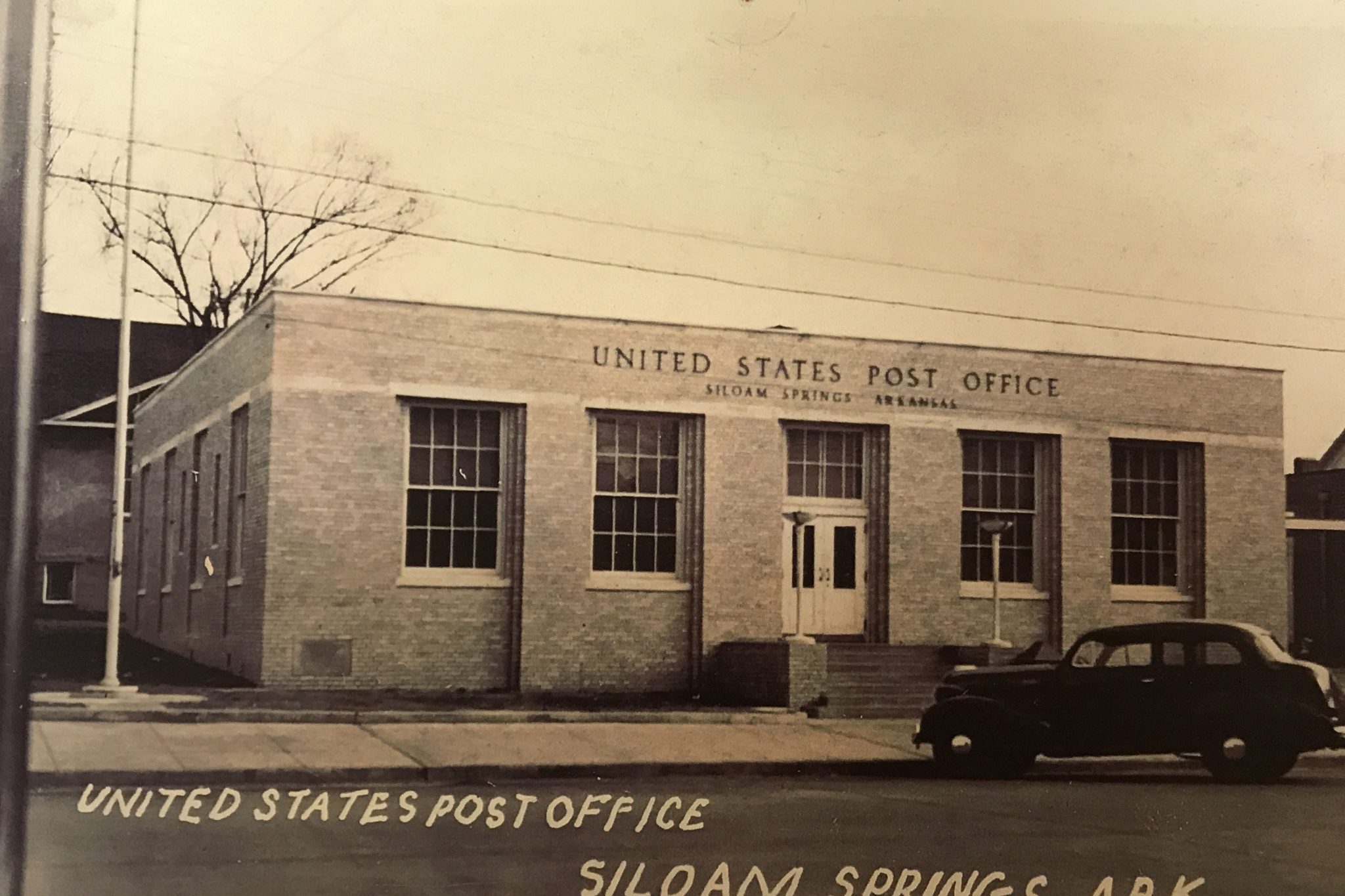 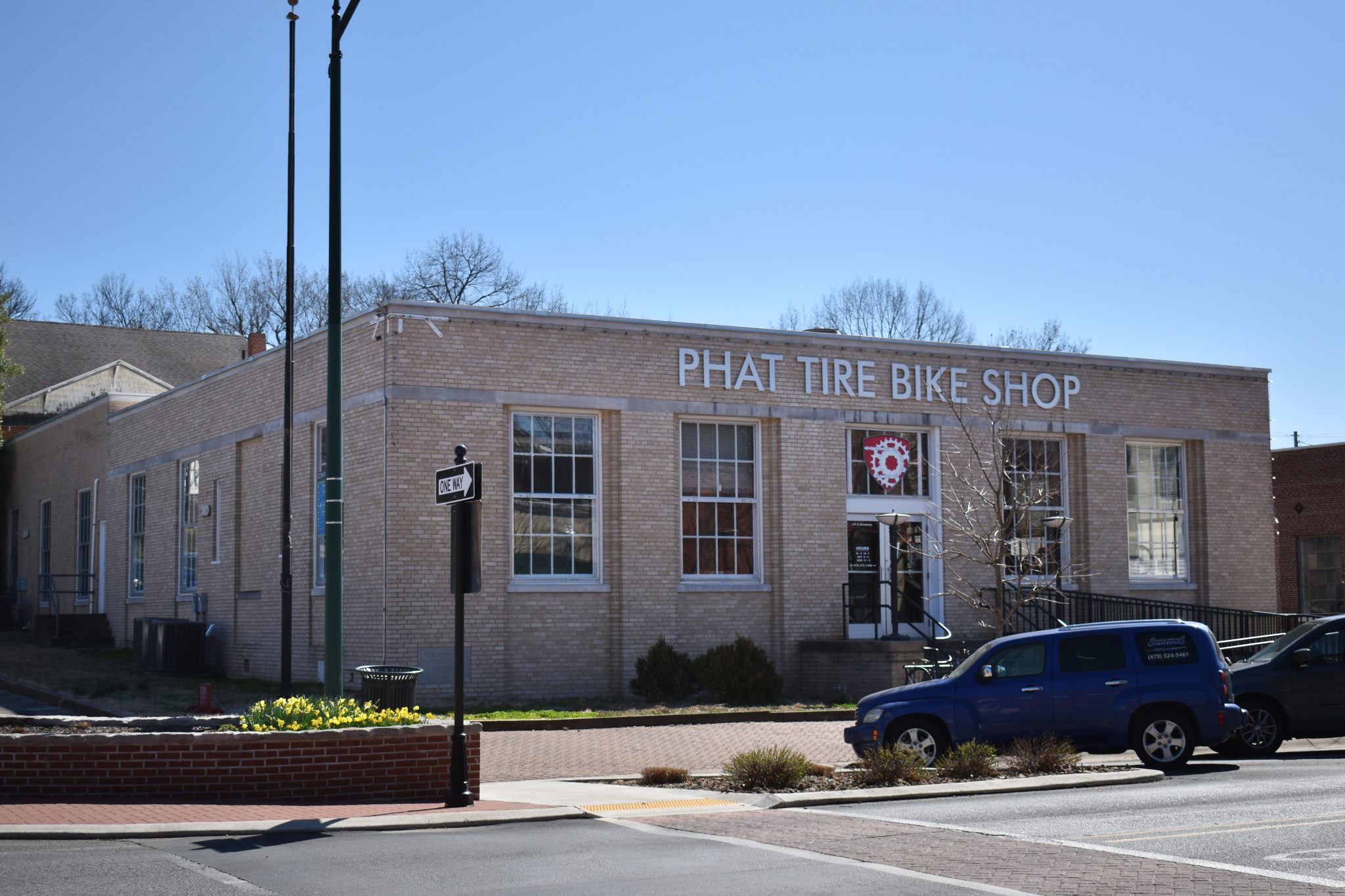 Constructed in 1937-8, this building served as the new location for the United States Post Office in Siloam Springs, taking the place of the local post office previously at 107 E. University. The building was federally funded by the WPA. Architecturally, the structure possesses Art Deco and PWA/WPA modernist styling. Many buildings in the United States between 1933 and 1944 were constructed in this style, usually as part of a relief project sponsored by the Public Works Administration. The building is almost identical to the Nashville Post Office in Nashville, Howard County, Arkansas, built the same year.

The exterior of the building has been immaculately preserved, as well as the original interior WPA mural, “Lumbering in Arkansas,” painted by artist Bertrand R. Adams in 1940. The mural is a general depiction of the four primary industries in Arkansas at the time, rather than a portrait of Siloam Springs life.

The blonde brick masonry building boasts of a central double-leaf west facing entrance lighted by an eight-pane transom. The entrance is flanked by brick pilasters and two large eight-over-eight double-hung windows on both sides. The windows are set in five separate symmetrical indentions bordered by brick pilasters, and a cast concrete course stretches across the entire exterior to emphasize horizontality. A plaque rest on the lower left of the western elevation, reading, “Henry Morgenthau Jr., Secretary of the Treasury, James A. Farley, Postmaster General, Louis A. Simon: Supervising Architect, Neal A. Melick: Supervising Engineer, 1937.” In addition to these primary players, Bel-Stafford Construction Company aided in this development.