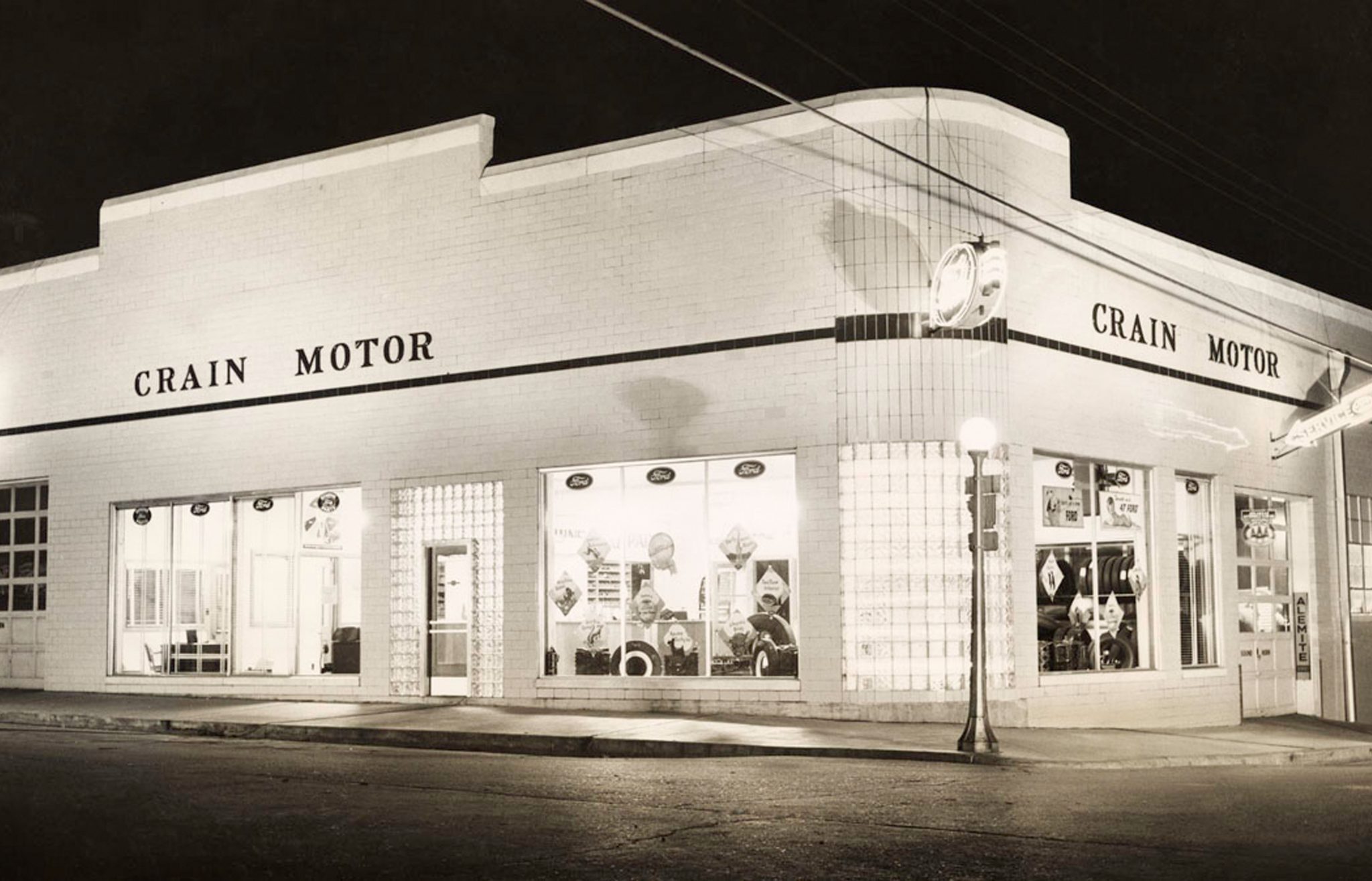 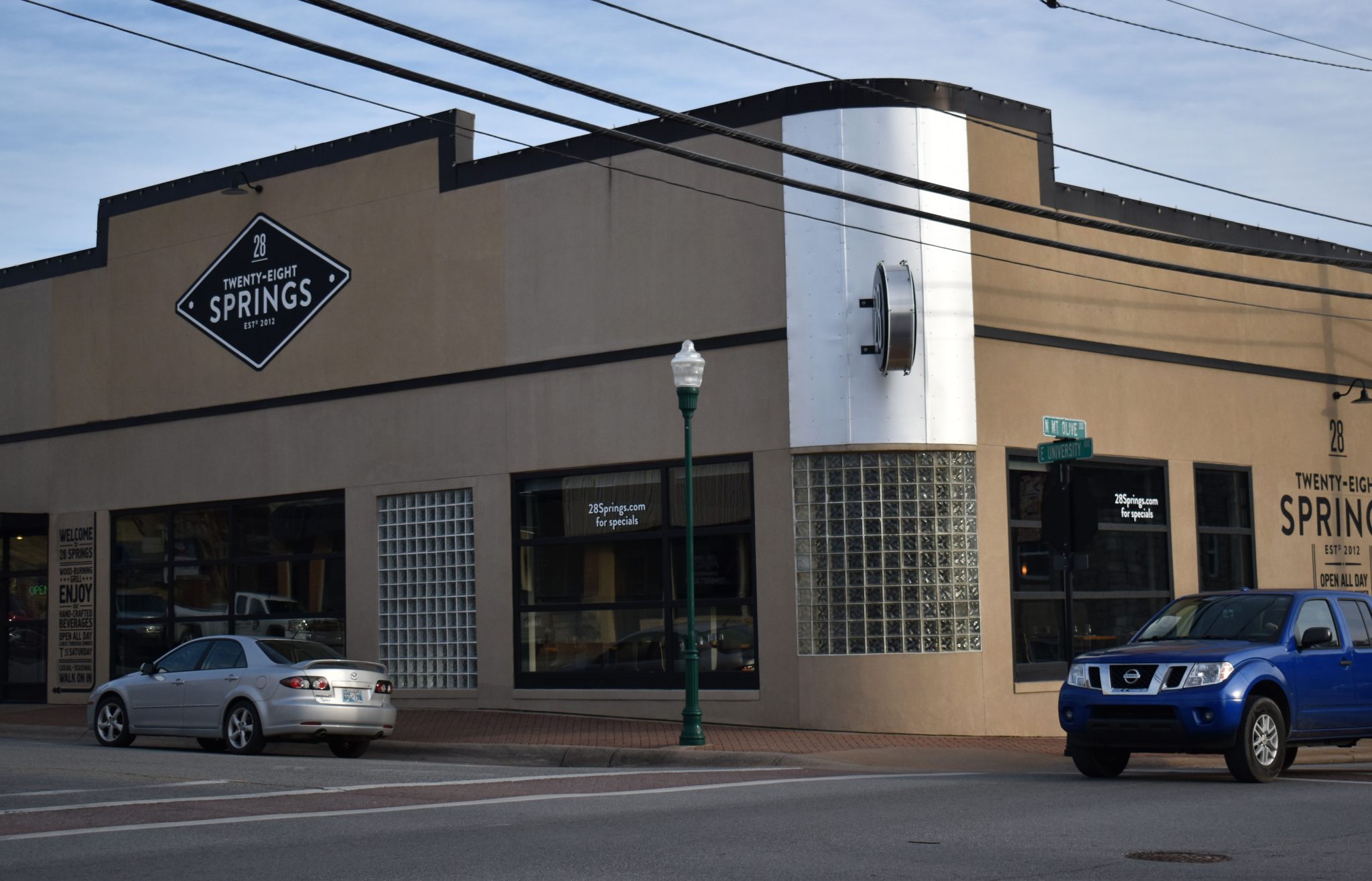 The Crain building was constructed in c. 1940 by Crain Motor Company, a Ford dealership, in the Art Moderne style, or streamline modernistic. The building is representational of the modernist style, with smooth brick and tile wall surfaces, a glass block window that curves around the corner, a horizontal dark tile line above the storefronts, and an asymmetrical façade that emphasizes horizontality.

At the time of Crain Motors, the storefront was composed of a single-leaf entrance on the northern elevation set in glass blocks, flanked by large display windows on either side and a garage door on the eastern portion of the storefront. The garage door ramp led to the basement level where the auto repairs took place. Currently, stairs down to the basement occupy this feature and the basement is used as storage for the current restaurant. The northern and western elevations are connected by a continuous curved window composed of glass blocks. On the western elevation there were large display windows followed by another garage door opening, which led to the showroom (above ground), and two six-by-six pane windows proceeded down Mt. Olive.

The structure sits on the previous site of Benton County Hardware Store (c. 1890), owned by local businessman Connelly Harrington and L.P. Kemper. Harrington, as a considerable investor in the hardware industry, owned additional stores in Rogers and Bentonville, as well as an office space above the, now Arvest, downtown building. “BCHC” is still visible on the façade of the bank building.

Crain Motors was constructed within the original footprint of the Benton County Hardware Store. The building curiously follows the same curved corner design as the original hardware store, a variant in the 19th century design that unknowingly accommodated the Art Moderne style. The original hardware store structure had traditional wooden storefronts on the northern elevation. These were composed of wooden bulkheads and double-leaf entrances lighted by transoms and connected by large display windows. Entrances existed on the curved corner, at the center, and a recessed entrance existed to the far east.

The western façade looks to have been mostly composed of brick and a series of two-over-two double-hung windows down Mt. Olive. “Benton County Hardware Co.” was painted on the upper façade, just above the storefront level. The building also possessed a pressed metal cornice which expanded around the corner entrance, before the brick parapet began on Mt. Olive.

In 2012, Shelley Simmons and Todd Simmons renovated the space, retrofitting the dealership with local architect Matthias J. Pearson, to open 28 Springs Restaurant. Although the façade has been covered in stucco, this material is a natural variant in the Art Moderne style. The glass block windows have been preserved and the solid-to-void ratio of the storefront level has been honored. The building has, therefore, retained its status with the National Register and contributes to the downtown historic district.