A Tale of East Main 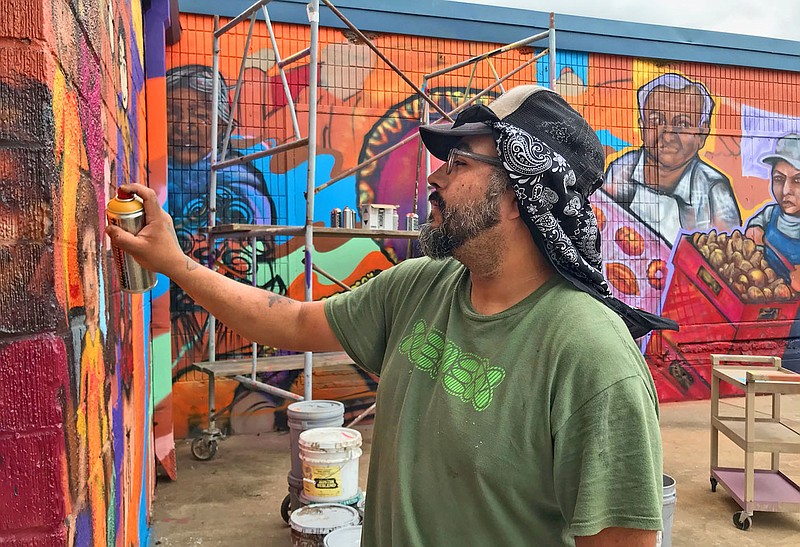 A new mural celebrating the past, present and future of East Main Street is taking shape

Artist Jose Hernandez of Little Rock is in the process of painting the 150-foot mural on the side of Simmons Foods Further Processing Plant at the corner of East Main Street and Hico Street. “Its History and the People That Make It,” will depict a timeline of the street’s development, from its origins housing industries such as an ice house and steel work, to its current cultural diversity, and what it could be in the future, Hernandez said.

“One thing the community said they would like to see is more public art, so that created a really good opportunity for us to bring public art to an area that was going to receive some infrastructure improvements,” Morris said.

Simmons Foods granted Main Street a public art easement to place the mural on the building, she said.

“We are thrilled to be part of this project by offering a space to display the mural,” said Todd Simmons, CEO of Simmons Foods. “Simmons has a strong shared history and future with the community of Siloam Springs. We appreciate Main Street Siloam Springs for their work to enhance the quality of life for those who live here and to welcome visitors to our city and our Main Street district.”

Hernandez believes art is a responsibility and not a privilege and that public art is a reflection of the community, its history and beliefs, according to his biography.

“It is this way we manifest ourselves,” he said. “We tell our stories.”

Hernandez said he has always been an artist. As a kid he was influenced by his father and grandfather, who were both jewelers, he said. His grandfather also loved to play music and paint, he said.

He started to draw and paint at a young age, and as he got older, he got more serious about his art and started doing it as a profession. Hernandez currently does graphic design, screen printing, mural painting and visual direction, he said.

The project on East Main Street will take about two weeks to complete, weather permitting, Hernandez said. He uses spray paint as his medium for murals and is looking forward to working with the contours and angles of the wall so the mural flows naturally around the corners of the building, he said.

Hernandez is hopeful the people who work on East Main Street will relate to the subject matter of the mural and it will give them more pride in their work space, town and community, he said.

East Main Street was the industrial hub of Siloam Springs for most of the 20th century. Simmons Further Processing Plant was originally an ice factory. Before refrigerated box cars, trains would stop at the Jefferson Street Depot to unhook cars hauling perishable items and push them across to East Main street and down to Hico Street, where ice factory workers would load blocks of ice into the cars to keep the goods cold for transport.

The ice factory also acted as a freezer house for local residents who could pay a fee to have their processed meats frozen at the factory. Dixon Iron and Metal was established near the location in the 1930s to recycle and process scrap metal. The company also worked for Kansas City Southern Railroad as a clean-up crew for train wrecks because they were one of the few companies with equipment large and strong enough to handle the work.

East Main Street was a bustling city street with both industrial and commercial services including auto dealerships and repair centers, restaurants, a hardware store and barbershop. As the needs of the community changed, the street saw a decline in business activity over the years. Then in the early 2000s when Hispanic entrepreneurs began opening storefronts, the area saw a resurgence of economic activity to serve the growing diverse population. 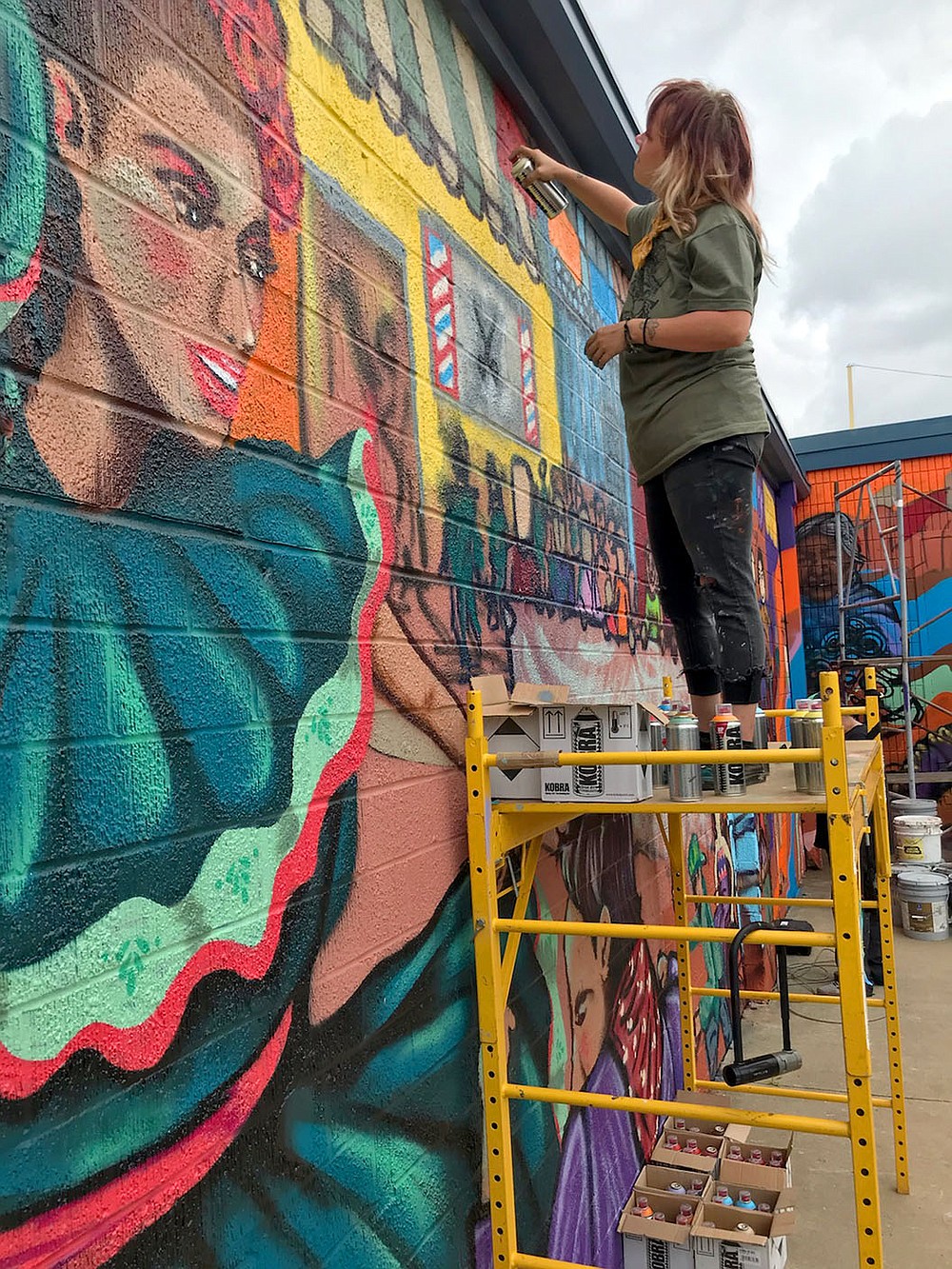