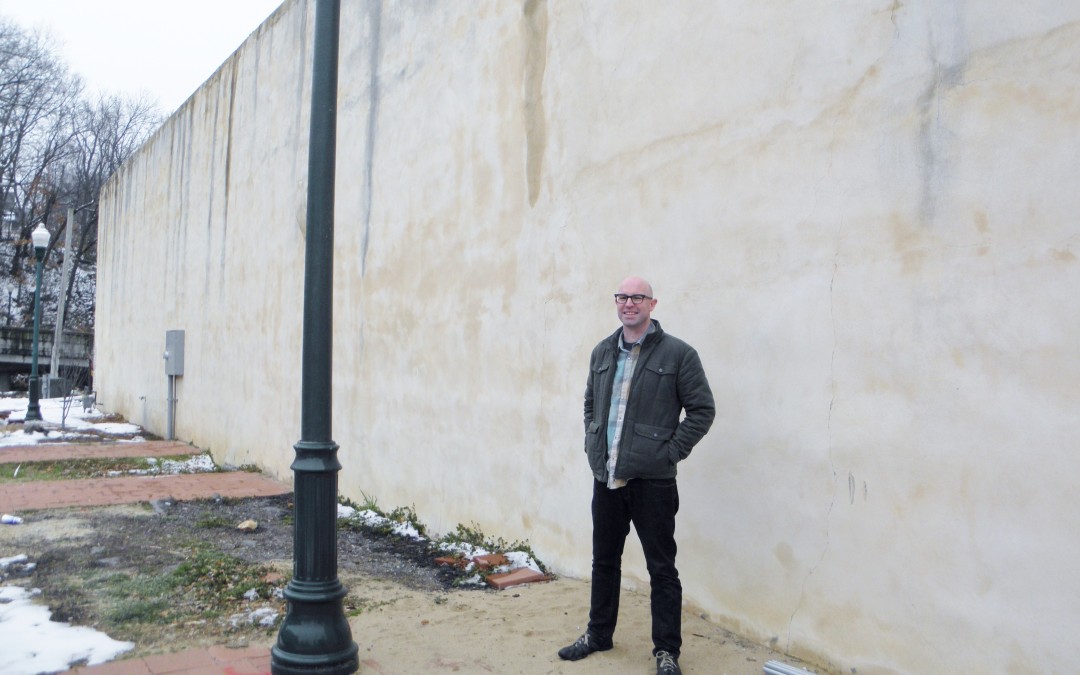 Though the decision process was arduous and each proposal was thoroughly and objectively reviewed, the mural selection committee unanimously chose Demarais’ proposal. Not only was his concept clearly reflective of the theme “Celebration of Siloam Springs,” his proposed budget, timeline, and implementation strategy were thorough and realistic. He describes the mural concept as his “loveletter to his hometown” and the style as “contemporary and optimistic, while at the same time rich with historic ambience.”

The mural will be revealed on May 9th at the first downtown public art event Beyond the Frame: Experiencing Art in Downtown Siloam Springs. This series of summer events will be held from 4-7p.m. on the second Saturday of each summer month (immediately preceding Second Saturday Music in Twin Springs Park). Each Beyond the Frame will feature a Reveal of a new piece of public art, an Outdoor Art Market in Twin Springs Park and surrounding areas, and an Art Walk starting on South Broadway Street. The dates for these events are: May 9th, June 13th, July 11th, and August 8th.